The End Is Nigh: Light Grey Art Lab Closes Its Doors

With its final, 200-artist group show opening this weekend, Light Grey Art Lab ends ten years in Whittier, with an eye towards evolution and reincarnation

Light Grey Art Lab, which has held a gallery space in the Whittier neighborhood since 2012, is saying goodbye to its physical space with an exhibition called The End is Nigh. The 100th show of the arts group marks a shift in its direction, as it continues to offer educational programming, creative travel opportunities for artists, art books and other physical projects, and new gallery shows in the future not tied to a single physical space.

Starting in 2015, LGAL has been hosting arts programs in other countries, including residency programs in Iceland and Norway. They also have an art camp program, where artists have an opportunity to experience hiking and local crafts of a particular place. LGAL has brought artists to all corners of the world, including Japan, Greece, the UK, and Costa Rica, as well as national parks in the U.S. “The whole point is to kind of bring artists together and have really good conversations about what it means to be a maker and where we’re at creatively, and to get inspiration from the places we are traveling,” says gallery manager Jenny Wells.

Usually, artists in the residency programs will be featured in an exhibition the following year. “We don't expect anyone to walk away with a lot of finished pieces,” Wells says. Instead, during their time away, artists are gaining inspiration, taking photos, perhaps doing some plein air painting, and learning. “It’s a little bit fast and furious,” she explains. “And then a year later, we usually do the exhibition where they've had time to process and can make any sort of project like a book, or a series of photographs, or something kind of inspired by it, but it's not necessarily made on the program.” 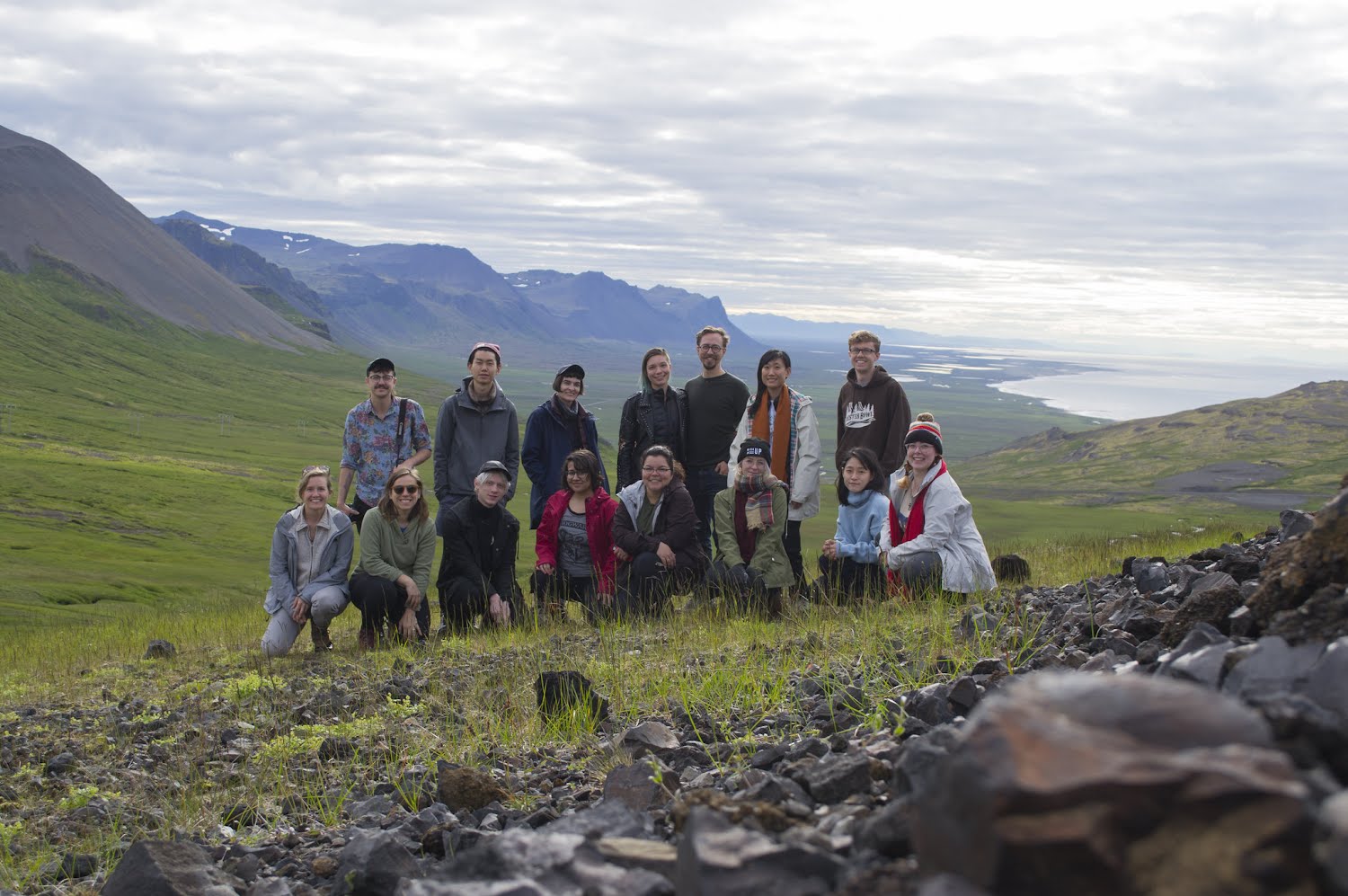 One of LGAL's residency cohorts in Iceland. Photo courtesy of the gallery.

The gallery shows hosted by LGAL have also featured artists from all over. “I would say at least 60 percent of the people come from other places— so both the United States, Canada and then beyond,” says LGAL founder Lindsay Nohl.

Besides the travel and gallery shows, LGAL has also hosted a number of collaborative projects, like video games, tarot decks, and art books. “It’s kind of a weird amoeba,” says Nohl.

They also host classes and workshops, which went “virtual” during the pandemic. The virtual classes opened up new possibilities. “It’s actually been great because so many more people who are interested in those topics can show up online versus when we were hosting it in a space,” Wells says.

Deciding to end the lease for the gallery was hard, but timely. “We are closing up on a 10 year lease,” Nohl says. “We thought long and hard about whether or not to renew in that space.” Like many other small businesses, LGAL struggled greatly during the pandemic, especially as a venue that normally offered public events. The pandemic led LGAL to think about opportunities that didn’t center around a physical space. 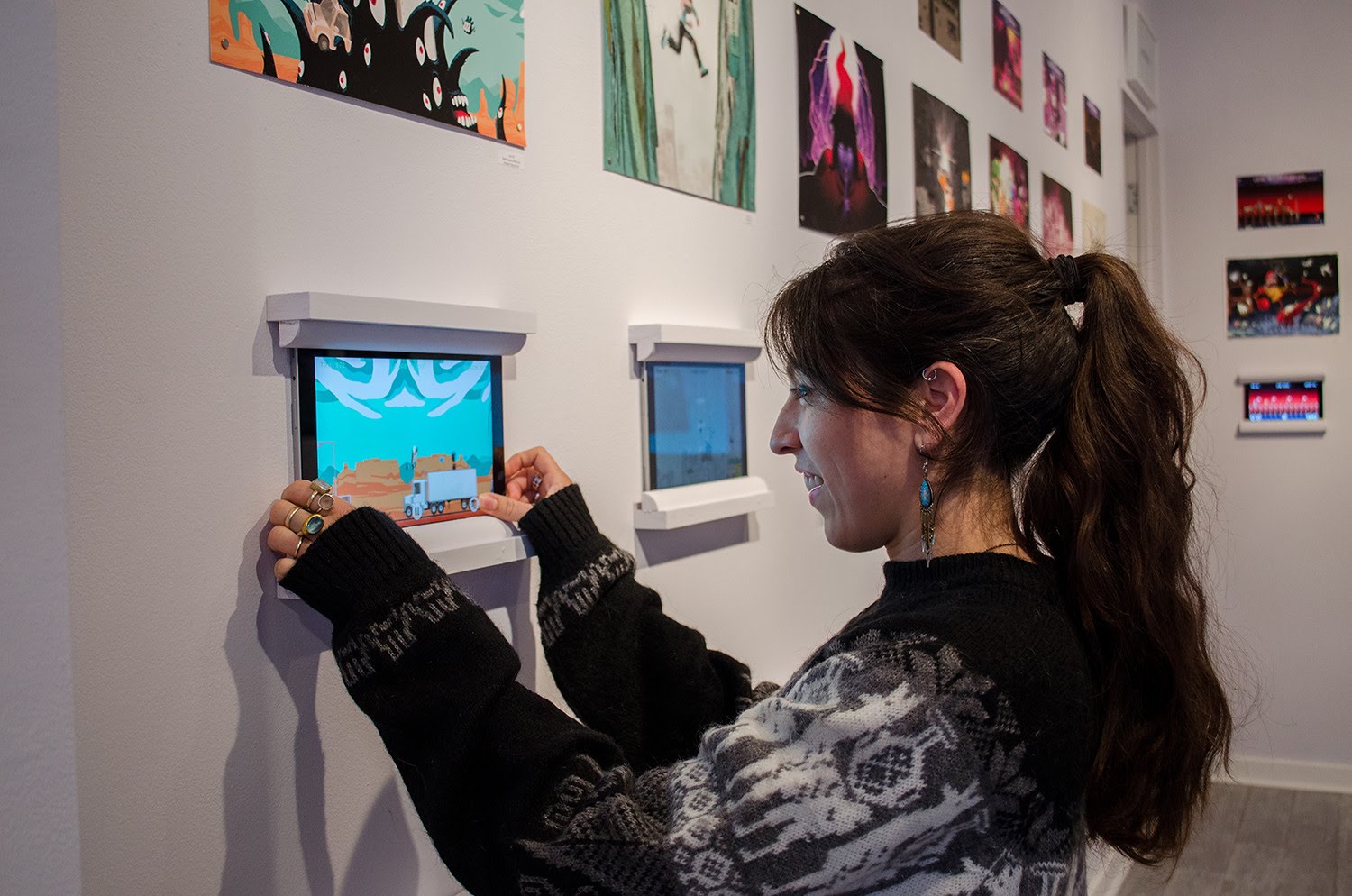 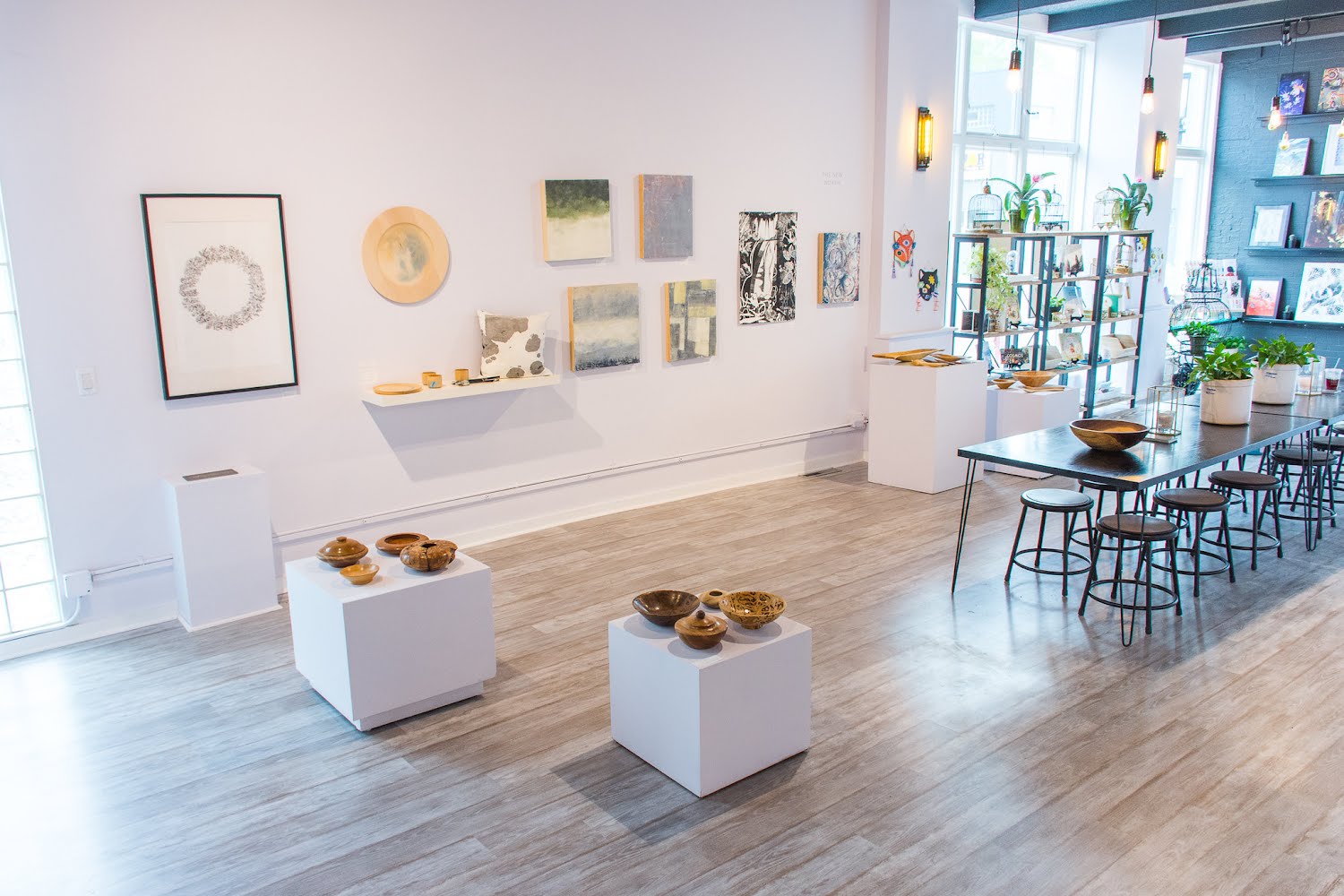 “To be honest, we have so many people that we have done positive things with that can never even visit the space,” Nohl says. “So when we took a long, hard look about whether or not it was a good idea to continue to rent that space, we were like, ‘this is much more about getting people together across different kinds of platforms.’” Even though the physical space had been a place for gathering, it seemed time to let it go.

“It is totally possible to continue to do things in the Cities for this kind of experience,” Nohl says. “We don't have to be stuck to a schedule at this point, where at times, we were trying to put 10 shows on a year out.” 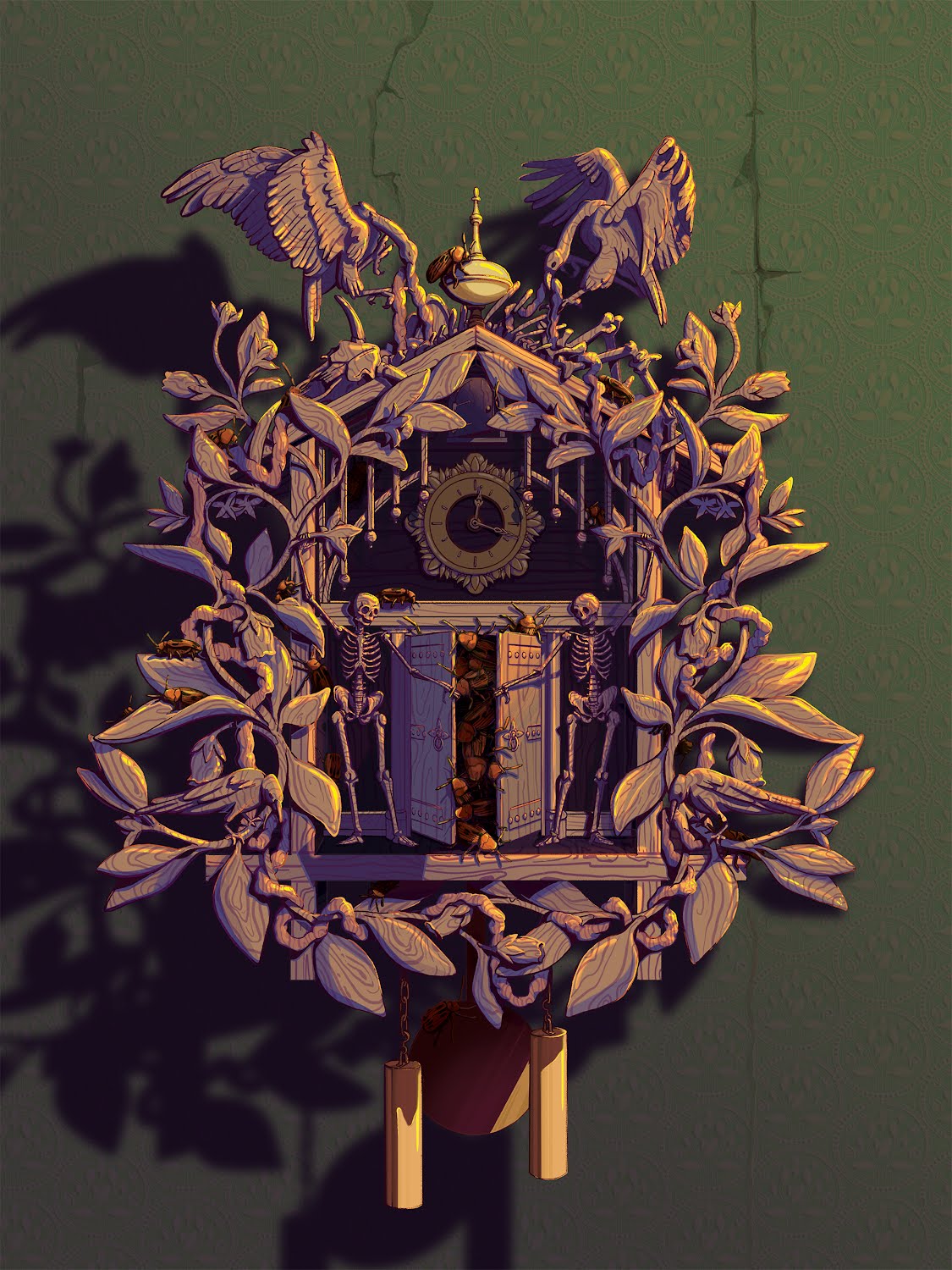 Coral Moore, It's Time, part of the exhibition The End Is Nigh. Image courtesy of the gallery.

You can say goodbye to Light Grey Art Lab’s current home this week for the exhibition of The End is Nigh, featuring 200 artists. Divided into categories of allegory, characters in death, tombstones, scientific tools and objects, and wearables or clothing, the show seeks inspiration around death or the processes around it.

“We have The End is Nigh being significant for the end of our time in that space,” Nohl says. “But also because we're kind of coming up here on Halloween, and we have things in the spooky realm. It’s a show about celebrating and memorializing the different ways that we see death.”

Through symbolism, allegory, and the lens of different cultures, the five part exhibition allows the artists to explore death in a non-gory fashion. According to Nohl, “It's about the understanding of how people perceive death.” And perhaps, what comes after. ◼︎ 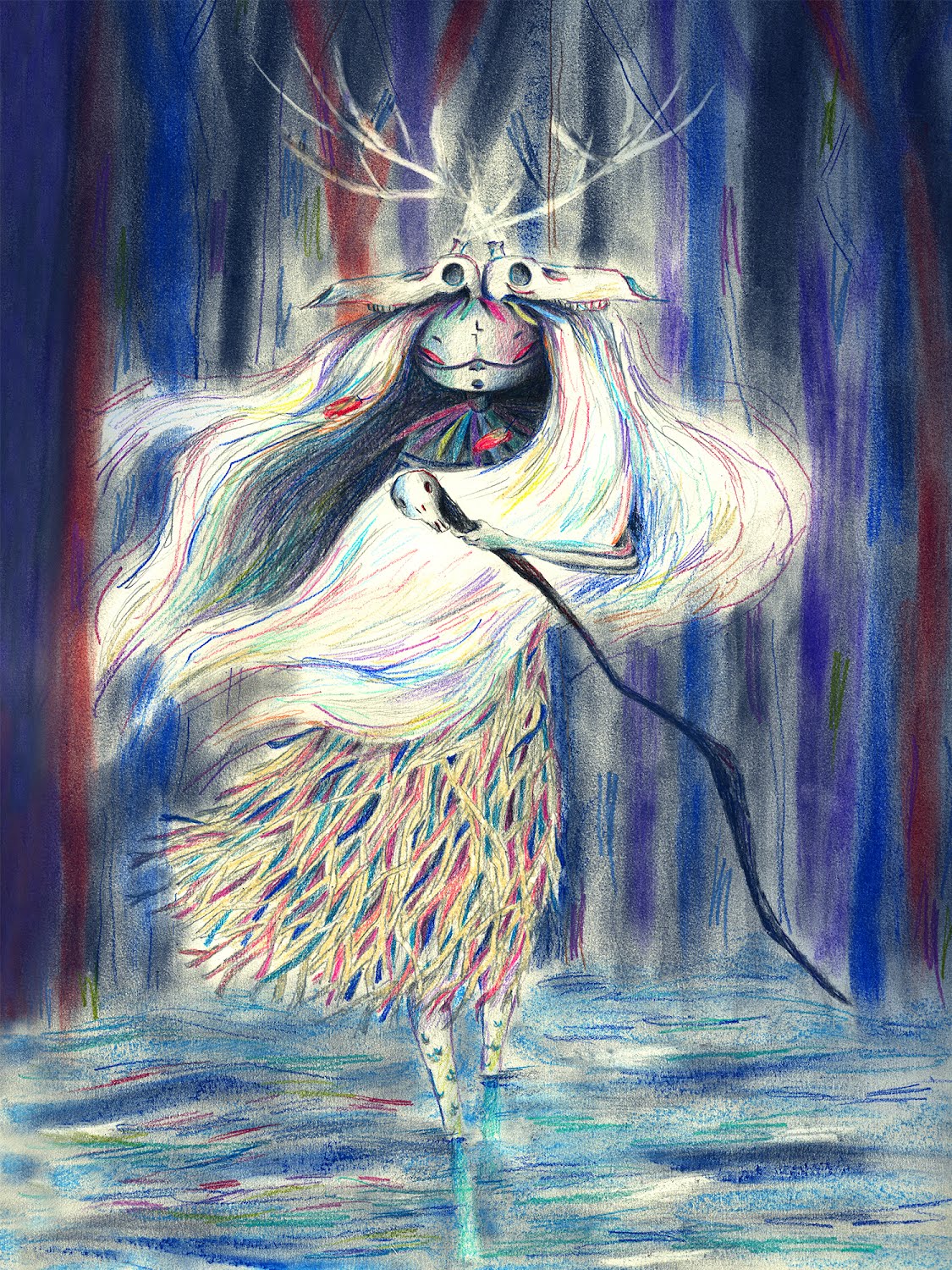 Fran Matsumoto, Anhanga, part of the exhibition The End Is Nigh. Image courtesy of the gallery.

The End Is Nigh opens Friday, October 29th, from 7-10pm at Light Grey Art Lab, 118 East 26th St, #101, in Minneapolis. For more info, visit lightgreyartlab.com or follow them on Instagram @lightgreyartlab.

Previously featured on MPLSART: an interview with Lindsay Nohl from 2016.