David Petersen Gallery has reopened in a new, almost hidden space with a show that spans continents and decades

It’s a surprise to step off humid, traffic-jammed Cedar Avenue into a one-room gallery with white walls and no visible didactics. It’s an intimate and serendipitous way to view the works of Nazareth Major (a Gee’s Bend quilter), Ruth Wolf-Rehfeldt (an East German typist and mail artist), and Robin Cameron (a New York-based contemporary artist).

There’s no relevant signage outside the gallery, just an address and the name “Ingersoll Tax Services.” The windows are tinted to protect the work inside from direct sunlight. A lock box hangs on the door handle. It’s a balance between feeling lost and discovering a secret.

David Petersen was intentional with the information he gave out about O le beau le beau le beau, the first show in his new south Minneapolis location. In one way, it’s limited. In another way, Petersen has shared a lot.

He wrote 27 diaristic entries, dated for almost every day in April, which he then shared online. The text came about as he was installing and preparing to open his first exhibition in five years – his first since the former David Petersen Gallery closed in 2017. Not all the entries are about the art. Much of the writing centers on the feeling of reopening, where Petersen was at mentally when the last gallery closed and what has happened in the intervening years. It’s an interesting exploration of what it means to run a gallery – the invisible hand that constructs plinths, pulls artists together, and arranges works. Like a narrator, they’re often invisible despite shaping the story that’s being told. 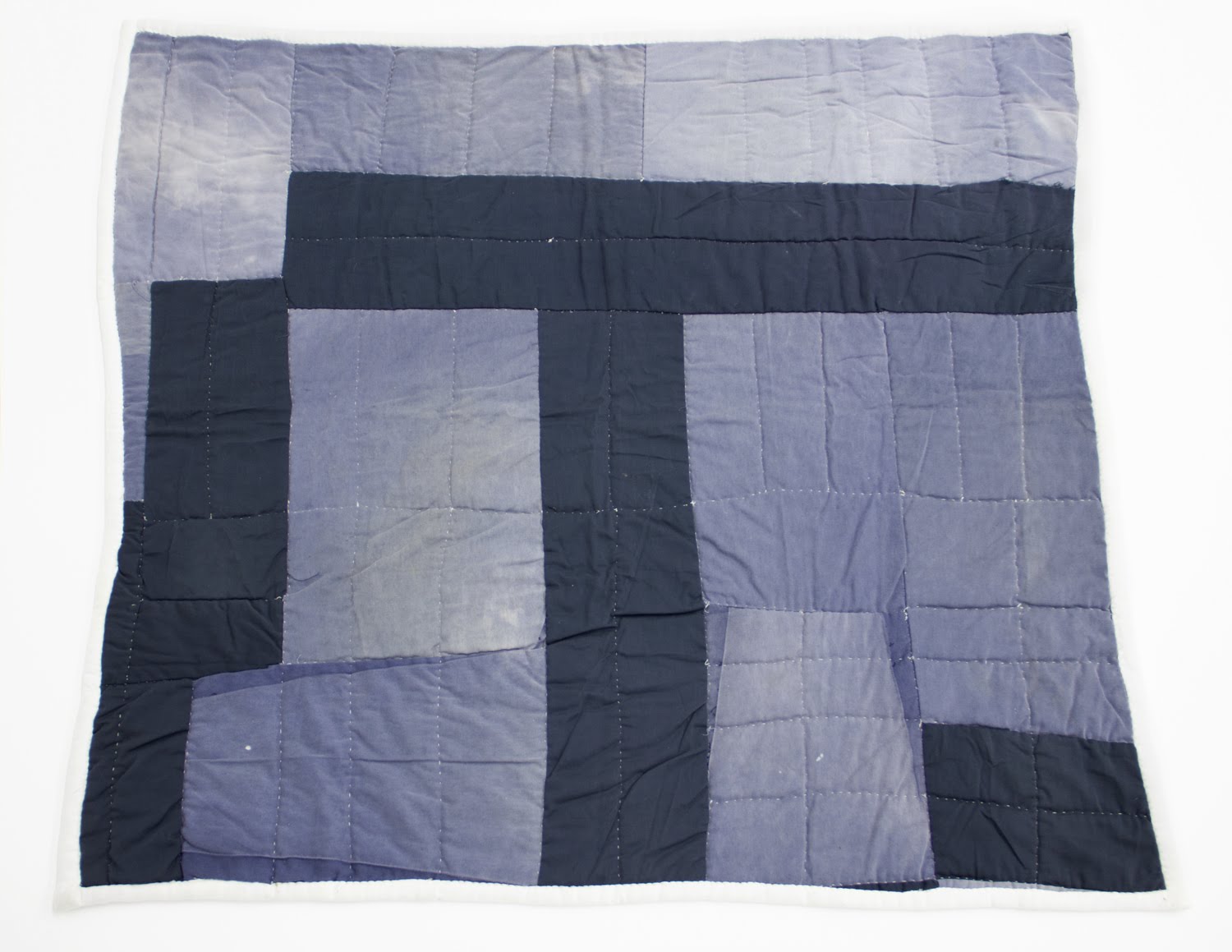 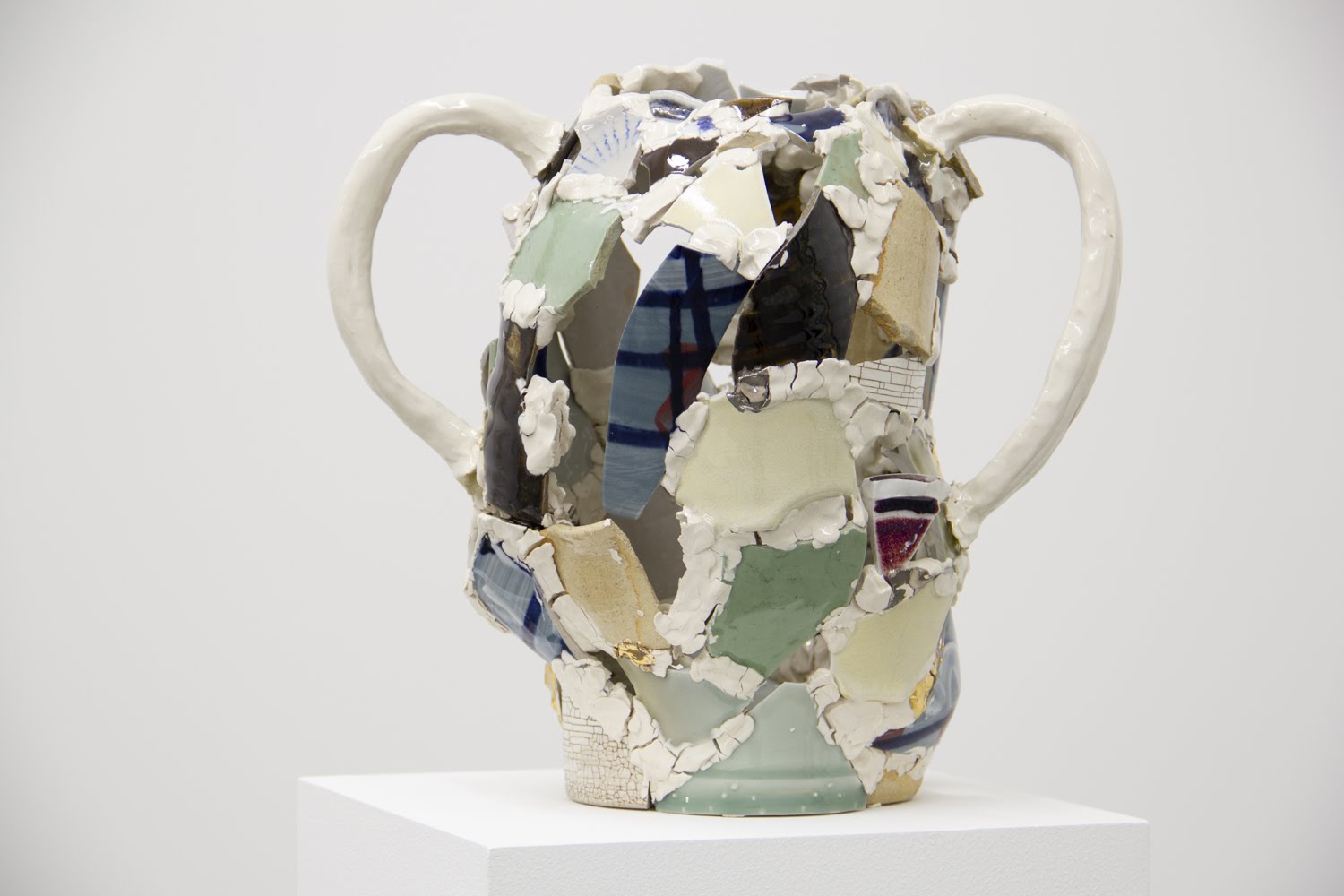 On the phone, Petersen says the show started with a desire to display one of Major’s quilts. It was a gift given to him years ago by a client. Something in the quilt called to mind a vase by Cameron, a New York-based multimedia artist that Petersen has worked with in the past.

“The quilt was made out of old pants, and Gee’s Bend quilters are known for using whatever materials are at hand,” says Petersen. “For the vase, Robin collected shards of broken ceramic works and used them to create a vessel formed through this crude collaging – again, it was about using what’s at your disposal.”

The piece is related in a way to kintsugi, a Japanese ceramic repair art that uses metallic lacquer to fuse broken shards back together. The quilt also calls to mind Wolf-Rehfeldt, who used her typewriter to make art during Soviet rule in East Berlin. In the pieces on display, typed letters come together to form austere, black-and-white architectural structures. 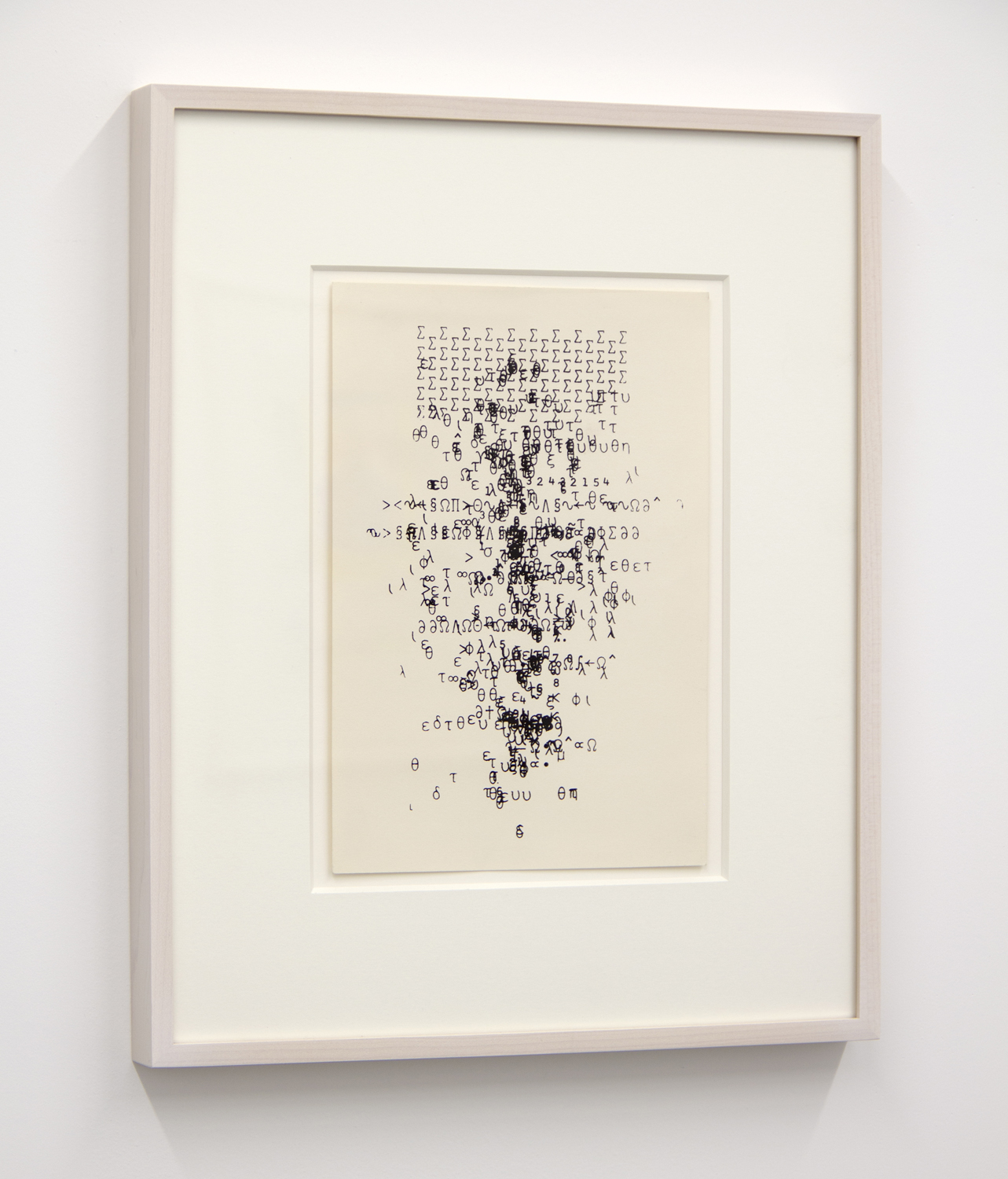 “They have a severity to them that is compelling, but chilling,” says Petersen, who finds similarities with the fact that Gee’s Bend quilts are often made using clothes from deceased relatives. “The proximity they had to these relatives, often their husbands, to use their clothing in this elegiac way. It’s beautiful, but also has this chilling severity – especially when you understand the level of poverty in which they’re living, even today.”

The only written material in the gallery (apart from Rehfeldt’s work) is tucked on a shelf behind the back wall – a diagram of which works are on which walls, and one page printed from Petersen’s 27-page text. Petersen began writing the text as practice. He set himself an assignment of writing 300 words a day to prepare himself for writing about the show, then he decided to make his practice public. He relates it to the show – a collage of thoughts about reopening the gallery and about the work in O le beau, using what he had at his disposal (a computer, an assignment).

“I wasn’t viewing it as a part of the show at the time. At this point, it probably is,” he says. “You can argue that any didactic material is a part of the show. It’s a piece, it’s an element. It’s providing information – whether it’s guiding or obfuscating – but I don’t want it to be a primary element of the show.”

That’s why the gallery walls are devoid of written words next to the art. It adds to the feeling of discovery that comes with walking into a tinted tax office and stumbling upon work from across the country and the world. 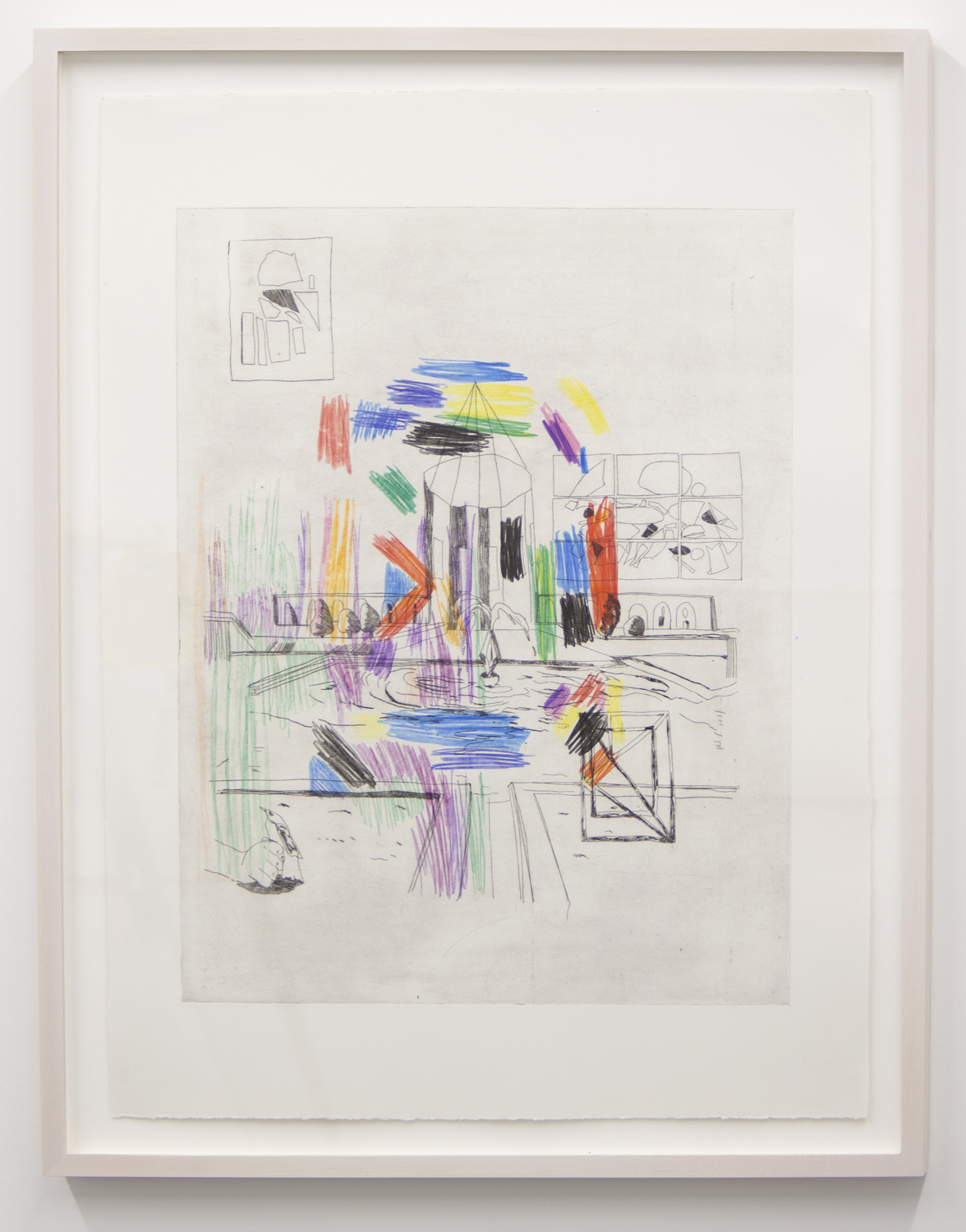 “When I get too much information, I get stuck on that. If I knew every detail about this piece, why would I need to keep coming back to look at it?” says Petersen. “Making a show that intentionally has this anti-didactic ‘didactic’ or anti-didactic text, it’s almost about absorbing rather than taking in information in a more traditional way.”

It’s also an interesting meditation on all the elements that go into making a show, apart from the work itself, and how they can support or take away from what’s being shown. A converted tax office with nothing but art on the walls, a space that feels secluded despite being in the heart of Minneapolis – it’s a great way to absorb the interplay of three artists’ work that somehow fits when collaged together, despite coming from vastly different places and times. ◼︎ 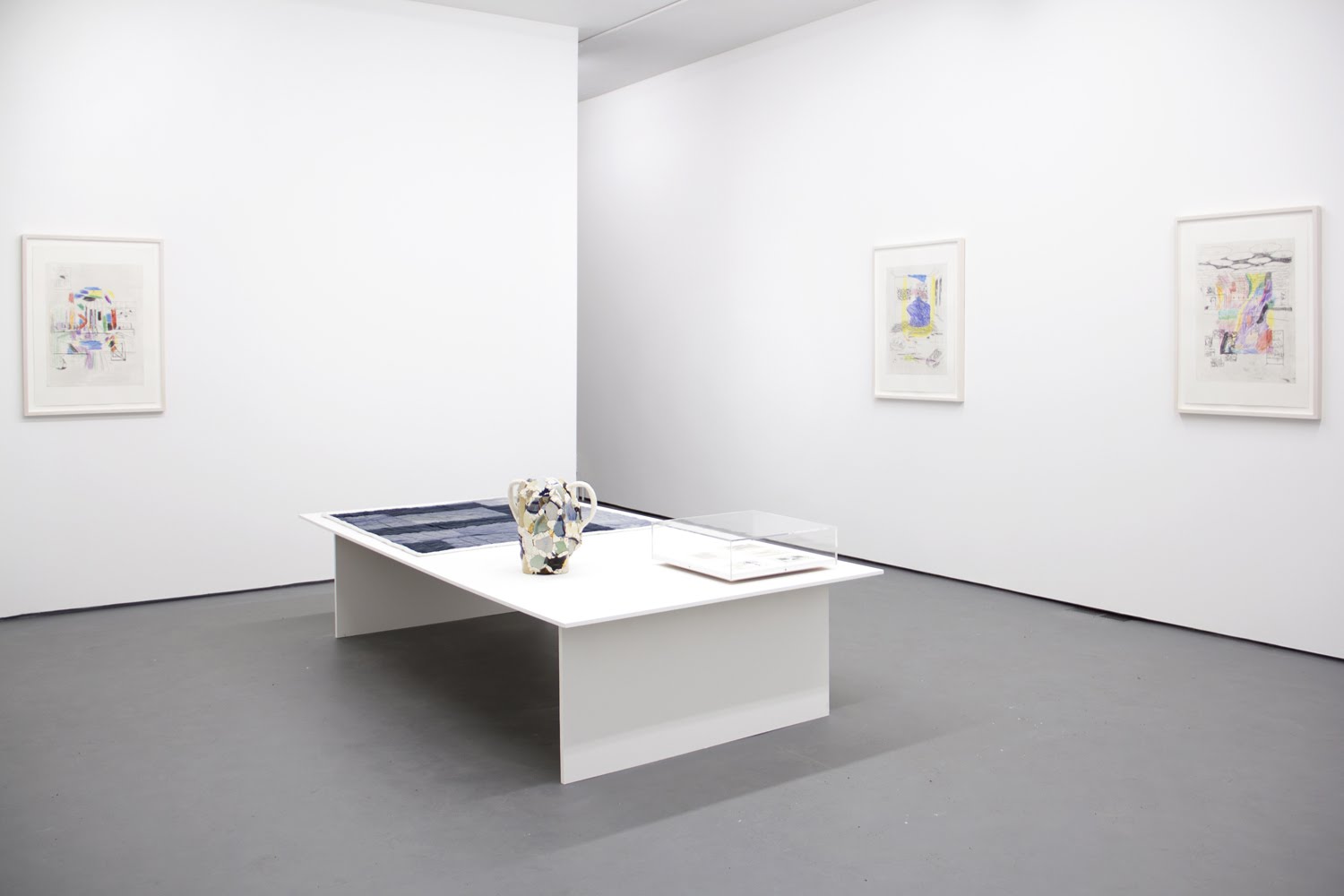