Commemorating fifteen years as an artist-run gallery, Form+Content showcases the breadth of their community with works by thirty-five artists from the past decade and a half

Three white walls lined with (mostly) two-dimensional work. It’s the basis for an exhibition, just like form and content are the bases for a work of art.

Thoughtful Dialogue: 15 Years of Form + Content, which has an opening reception this Saturday, showcases the many directions artists can go from there. The exhibition commemorates the 15th anniversary of Form + Content Gallery in Minneapolis – which has been in the same North Loop location since it first opened in 2007 – and showcases work by 35 current and former gallery members.

In their diverse works, they all rely on the foundation that gave the gallery its name – and on the strong foundation they have in each other.

The gallery has a revolving group of 12 member artists – new members join as other members leave, keeping the number at a dozen. Members of the gallery run the business as well as curate exhibitions. Their dues pay for the gallery’s operations, and Form + Content doesn’t take a commission from members' work when it is sold in the gallery.

The retrospective is a surprisingly cohesive smorgasbord, a one-stop introduction (or reintroduction) to almost three dozen local artists. All past and present gallery members were invited to show one piece of work. The only rule: it couldn’t be larger than 15 inches in any direction.

The result is a multidisciplinary, multi-artist show packing Form + Content’s walls with an incredible variety of work. The pieces fit neatly into the rectangular gallery, close enough to “talk to each other,” in the words of longtime gallery member Joyce Lyon.

Almost all work is for sale, and while the art isn’t staged like it might be if you brought it home, it is hung in a way that gives meaning to the exhibition’s name, Thoughtful Dialogue, a phrase borrowed directly from the gallery's own mission statement.

Installation view of Thoughtful Dialogue. Image courtesy of the gallery.

Dozens of unique perspectives in Dialogue

Each piece is unique, and you’d guess immediately that they were all made by different people. But for a show of 35 artists in one room, it feels incredibly coherent – in part because you walk in with the expectation that the pieces will be from different perspectives, in “dialogue” with each other.

Even for an outsider, the relationships between the artists in the show overlay the work itself, giving additional interest to the contrasts and commonalities. Howard Oransky is the only founding member who is still with the cooperative. In his 15 years with the gallery, other artists have inspired him in unexpected ways.

“My studio was two blocks away from the gallery, which allowed me to start working on larger-scale paintings,” says Oransky. “I had been a figurative painter, but I started doing these large abstract works.”

Oransky, who is the Director of the Katherine E. Nash Gallery at the University of Minnesota, went on to curate shows of other artists’ work, and to display his own work alongside other artists and gallery members he admired. One of these fellow abstract artists, Clarence Morgan, has a piece hanging next to Oransky’s in the show.

“When helping arrange the show," says Lyon, "I was going in part by what I knew of these people – in terms of what they talk about in their work and how they talk to each other. There’s a real distinction between finding something that looks good over the couch and finding something where there’s a visual connection.”

The show balances this connection with work that Lyon says distinctly captures each artist.

“People have found a way to encapsulate what they do in this size – which is quite specific and much smaller than most of us work,” says Lyon. “I could walk around here, and for at least two thirds of the work, I know immediately who made it.” 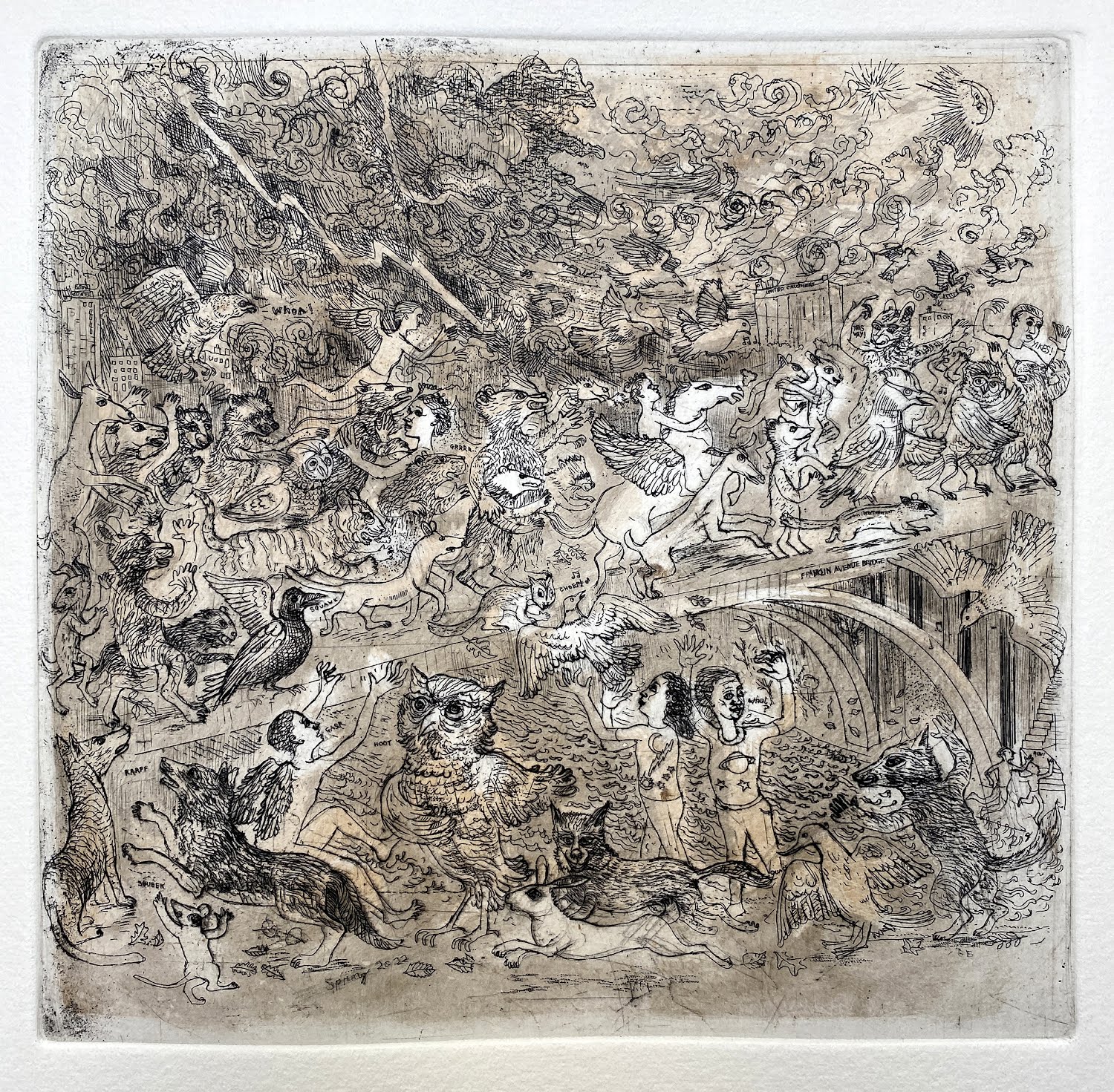 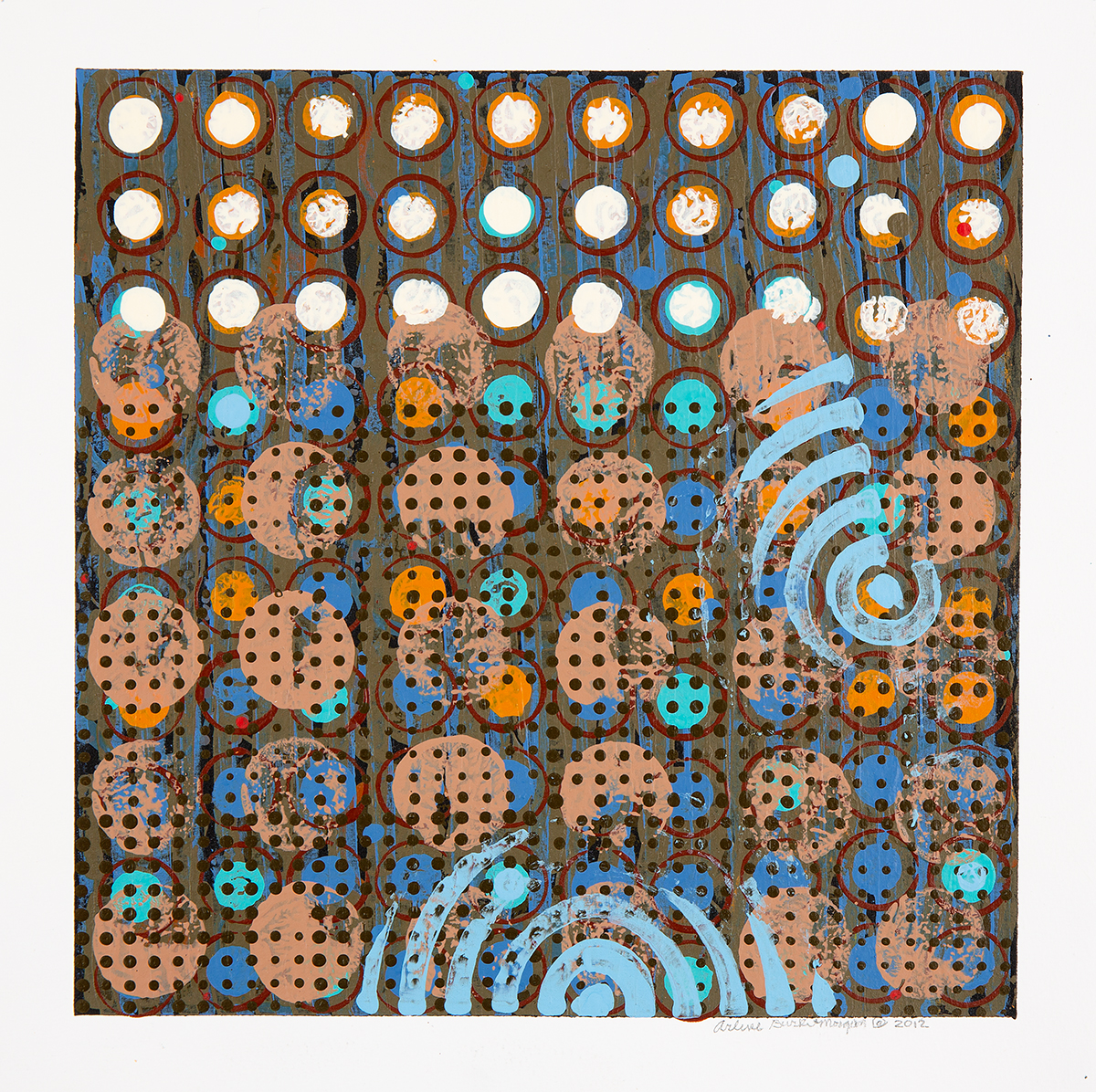 Passage of time on display

Work didn’t have to be new – dimensions were the only rule. In this way, Thoughtful Dialogue inherently shows the passage of time. One former member, Arlene Burke-Morgan – who was also Clarence Morgan's wife – passed away in 2017. Her work hangs in the show alongside that of Laura Bigger, another former member listed as part of the Crescent Collective. Lyon explains that this collaborative was made up of three younger artists who shared one membership as a way to split the cost of dues.

Lyon points out a self-portrait by Patricia Olson as another example of how the passage of time is apparent in this 15-year retrospective.

“Time is something that artists think about, but I don’t know if it’s universal. It might be that you find more of it when artists are mid-career or older,” says Lyon. “It’s an older face and there’s interior activity going on – that interior activity speaks to me about the passage of time. She’s inside of herself and it’s somewhere other than the present place.”

Lyon’s piece depicts a stretch of woods along the Minnesota River where she has worked often over the past two decades. As a floodplain, trees that she considered landmarks have come and gone. Lyon revisited the work this year in preparation for Thoughtful Dialogue.

“I returned to the drawing and thought I was going to make major changes, but instead found myself adding atmosphere,” she says. “As I did, I felt myself reentering the experience and thinking about Jane, a friend who had another version of this drawing but who is gone now.” 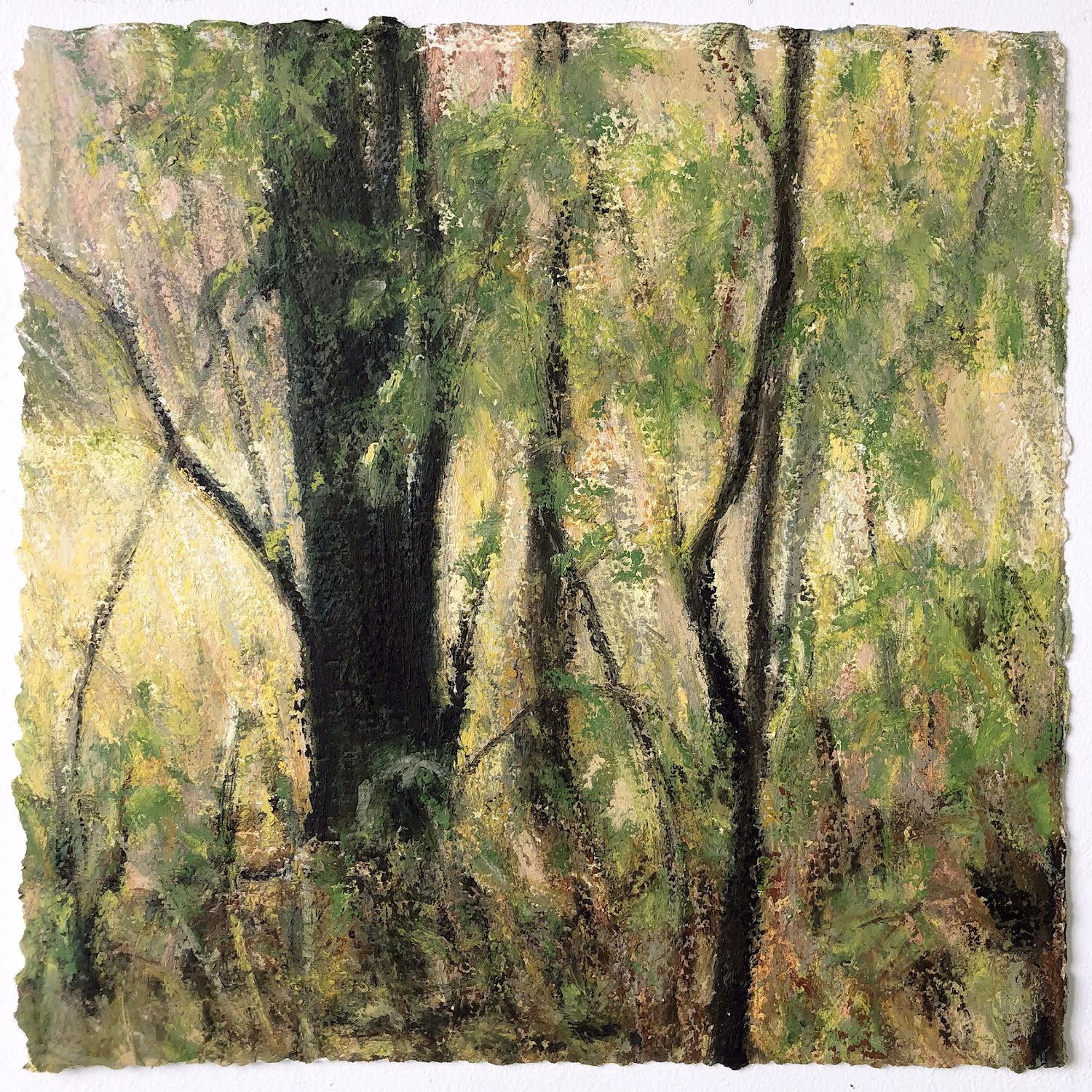 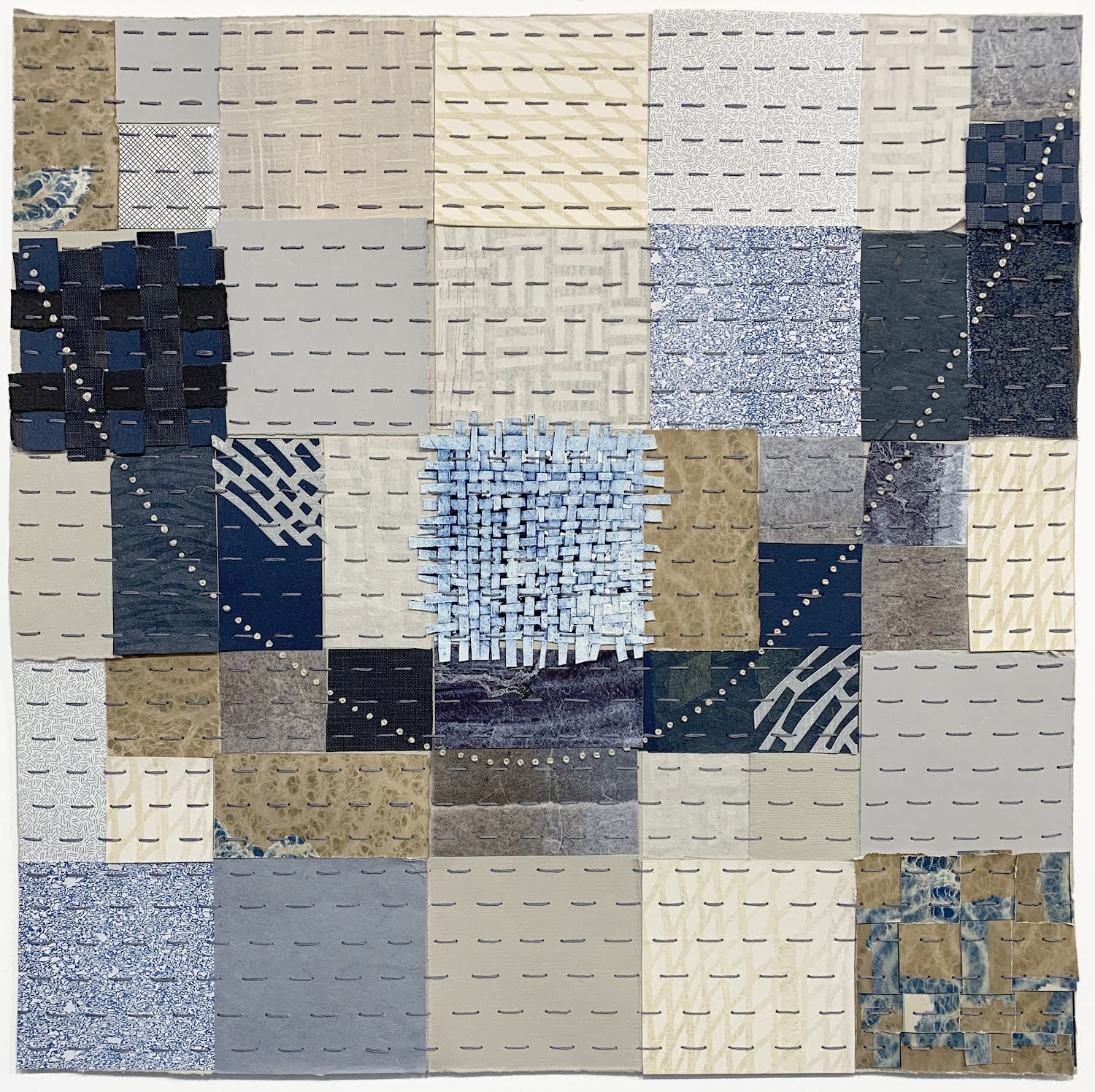 “Presenters and members” of the arts community

Coming up on 15 years since the founding of Form + Content, it was important for those close to the gallery to celebrate the community they’ve created. As both members and business owners, these artists’ ties to Form + Content run deep – and make their commitment to the work they’re showing even stronger.

While Thoughtful Dialogue is a celebration of member work, Oransky stresses that this wasn’t the only goal in starting Form + Content.

“We wanted to get away from that ‘vanity gallery’ idea,” he says. “All of us are artists and we all intended to show our work in the gallery, but that wasn’t our only motivation.”

Oransky was initially drawn to Form + Content not as a way to show work, but as a way to test the waters of curation.

“We’ve taken on this role as both presenters and members of this larger artistic community, and as such we feel responsible to supervise ourselves and the level of quality in everything that we put out there.”

Seeing the level and variety of work in one room establishes the importance of Form + Content for downtown Minneapolis and the entire Twin Cities art community. Whether the exhibitions showcase members’ or other artists’ work, there’s always a “dialogue” happening at Form + Content. A visit to the gallery is a free ticket to that conversation. ◼︎ 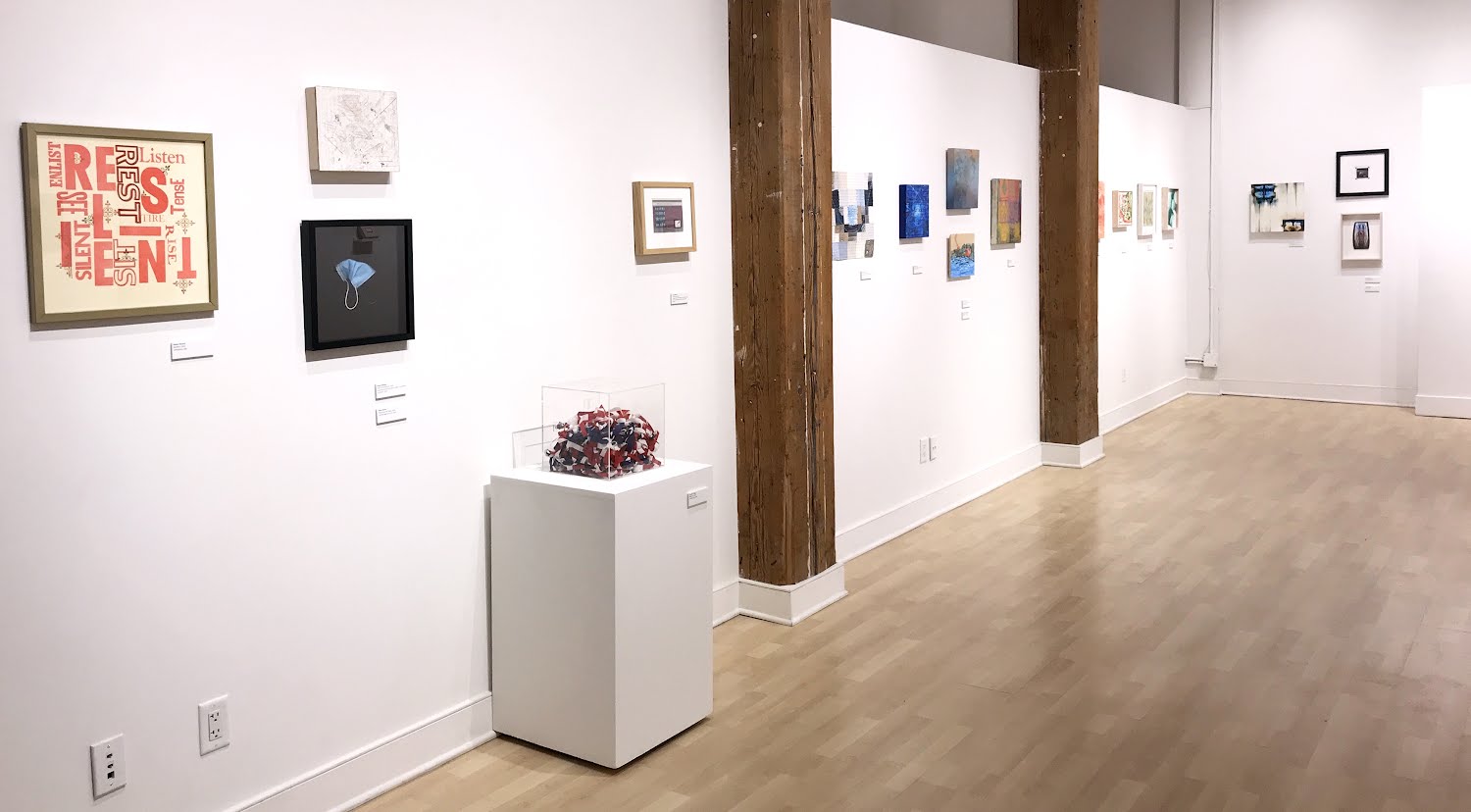 All images are courtesy of the gallery.

Thoughtful Dialogue: 15 Years of Form + Content is now on view at Form + Content Gallery, with a Public Reception this Saturday from 6 - 8pm. The show is on view through May 28th. Gallery hours are Thursday - Friday - Saturday: 12:00 - 6:00 pm, and masks are encouraged.