Gallery As Refuge: 'yödoishëndahgwa’geh' at All My Relations

In a new multimedia installation, artist and performer Rosy Simas and collaborator François Richomme create 'a place for rest'

Entering into the new site-specific installation created by Rosy Simas at All My Relations Gallery —yödoishëndahgwa’geh (a place for rest) — is a bit like stepping into a different dimension.

As you walk in, you are surrounded by an immersive sound score by French composer François Richomme. There are nature sounds like crickets, but also deeper tones that make you think of entering some deep cavernous space, or perhaps stepping inside the human body.

Meanwhile, Simas has a layered visual design mapping the space, including multiple projection screens. In some cases the screens pop out from the wall, catching the light differently than the screen behind it. It creates a rich texture, as the video — filtered with differently hued colors at different points in the gallery — displays footage of natural landscapes and warping angled lines.

Finally, there are sculptural elements as well, including larvae-like pods that hang down from the ceiling, which Simas created with Jeffrey Wells back in 2019 for a residency at the Weisman Museum, and a loom structure. There are also anti-gravity chairs where visitors can sit and perhaps take a nap. 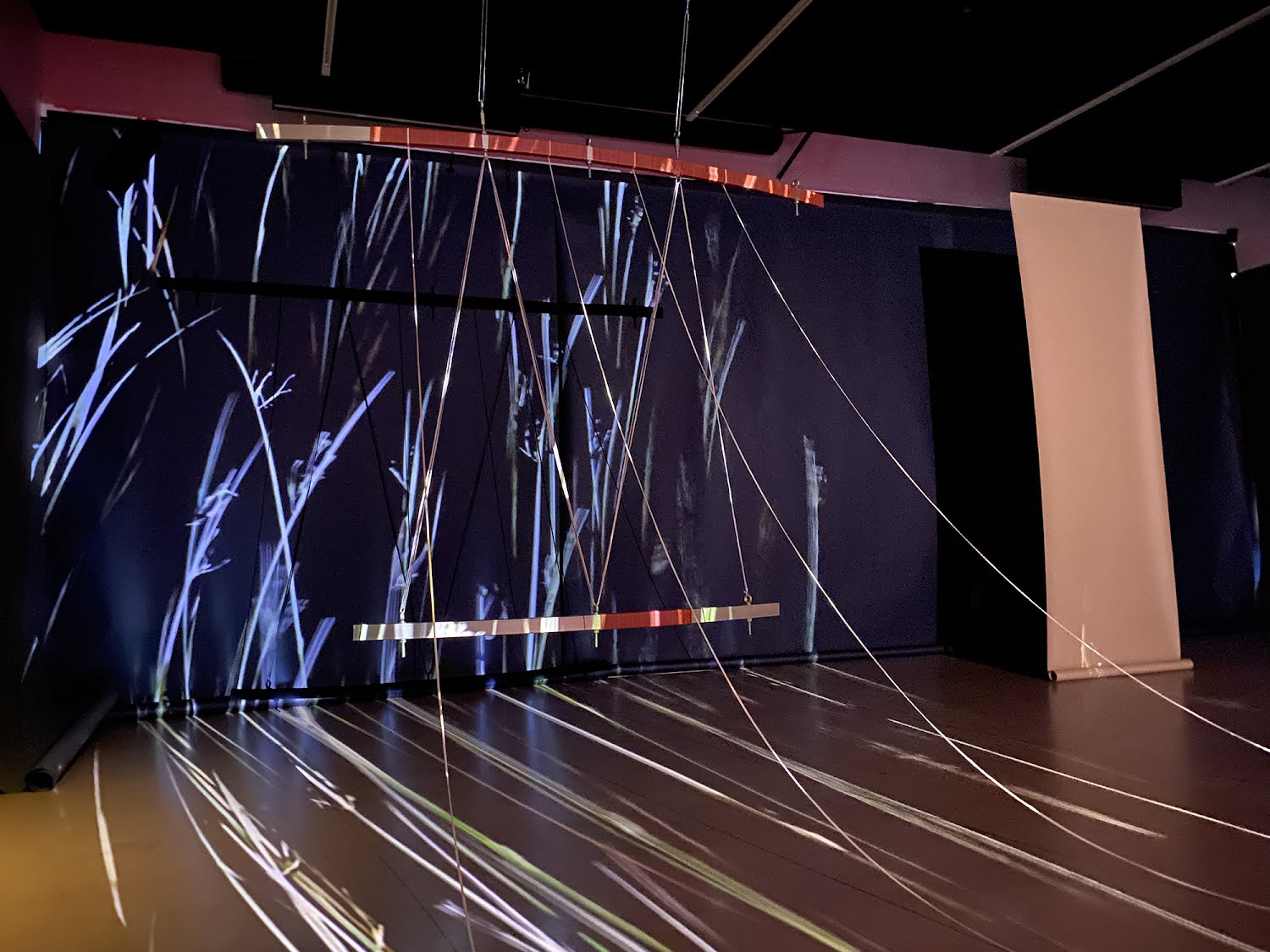 A member of the Seneca Nation, Heron Clan, Simas often makes interdisciplinary performance works that incorporate dance, sound, video, lighting, and other visual elements that are intimately a part of the art form. She also has veered more into the visual arts world side of things, presenting her work within the context of a gallery, like when she had her work on view at Soo Visual Art Center two years ago along with poet and artist Heid Erdrich.

With yödoishëndahgwa’geh, Simas deliberately moves away from elements that make up the experience of seeing performance.

“It’s different than a performance work in the sense that [this installation] is not intended to create a lot of stimulation of the nervous system,” Simas says.

The work engages the nervous system through the senses — especially aurally and visually — as a way to occupy it enough for the mind to get quiet, Simas says. The idea is to take away any sense of fight or flight mechanism, or even the experience of pleasure. Rather than stirring you up, the work is meant to slow you down. 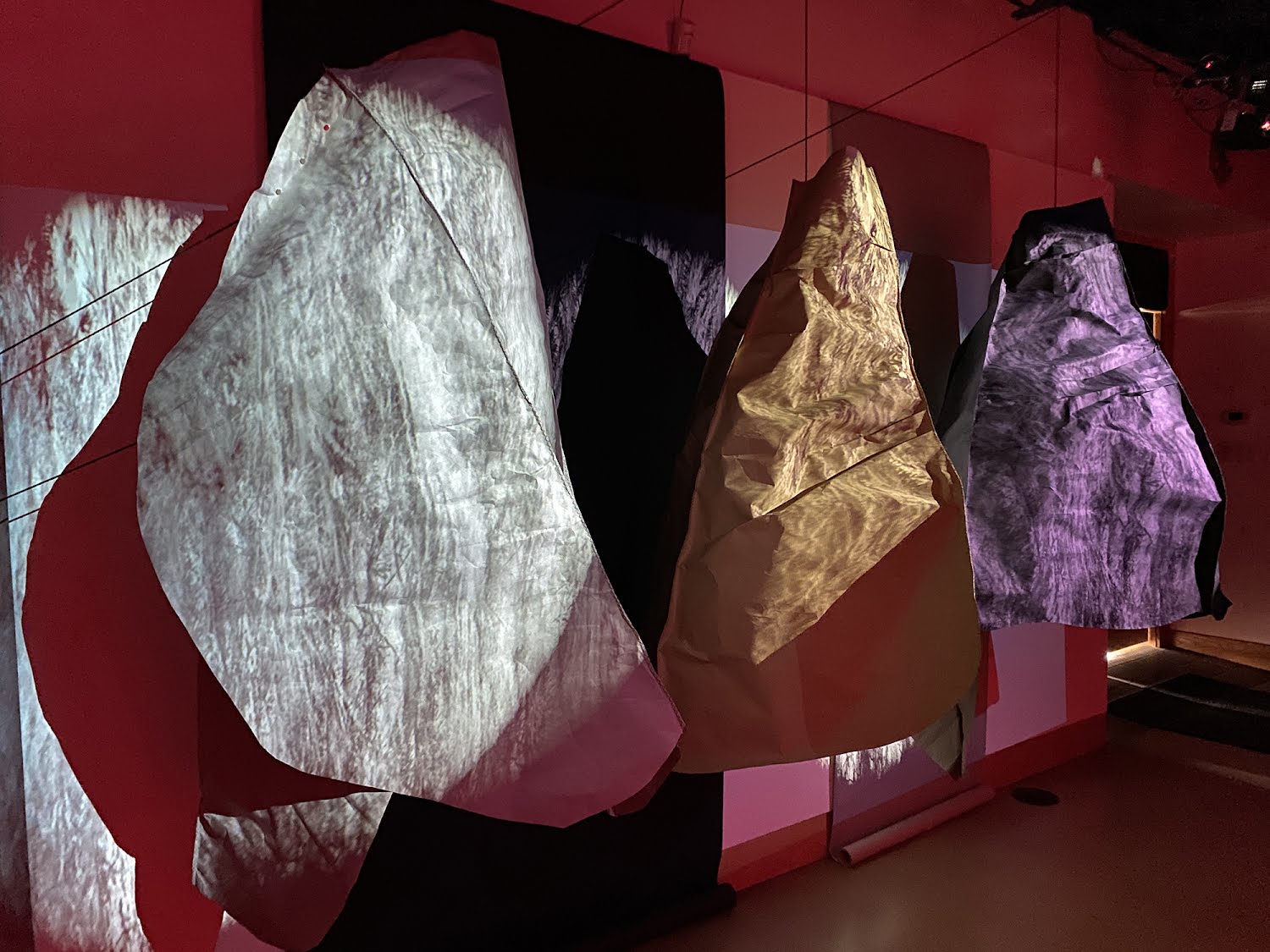 In some ways, the piece operates like a sensory deprivation tank. In that case, the participant gets immersed in water without any sound or light as a way to relax. In yödoishëndahgwa’geh, there isn’t an utter lack of stimulation, but the music and visual elements have a way of enveloping you into a dream-like experience.

It’s the opposite of how Simas normally creates work with her collaborator, Richomme. “Sometimes we’re working with sound crescendo in a way that is supposed to create heightened alertness to what is happening on stage,” Simas says. “This is taking all of that away.”

The piece is part of a three-year project by Simas called she who lives on the road to war. It’s a response to global loss and the need to grieve. With her work, she’s creating a place to take refuge and console for all that has happened in the last couple of years, especially for Black, Indigenous, and bodies of color.

“It’s a place for resting,” Simas says about the work. “It’s really needed in the Native community.”

Originally, yödoishëndahgwa’geh was slated to take place at Hair & Nails Gallery, but the show was cancelled. In a public statement, Hair & Nails wrote that it failed to provide a supportive environment for Simas to work.

“As individuals and as a small arts entity, we have been made uncomfortably aware of the extent and scale of our impact in the perpetuation of systemic oppressions, particularly, white body supremacy,” they write in their public statement. “Our experience this week has helped us see that we have much more work to do as individuals and as a gallery to undo racism and oppressive cycles in our hearts, actions, and in our community.”

It’s unfortunate the original venue failed in supporting Simas in creating this powerful show. While All My Relations is a wonderful setting for it, the controversy shows how far white-led institutions have to go to undo systems of oppression in the community. Simas’s a place for rest offers a place of refuge for those on the front lines of this work. ◼︎ 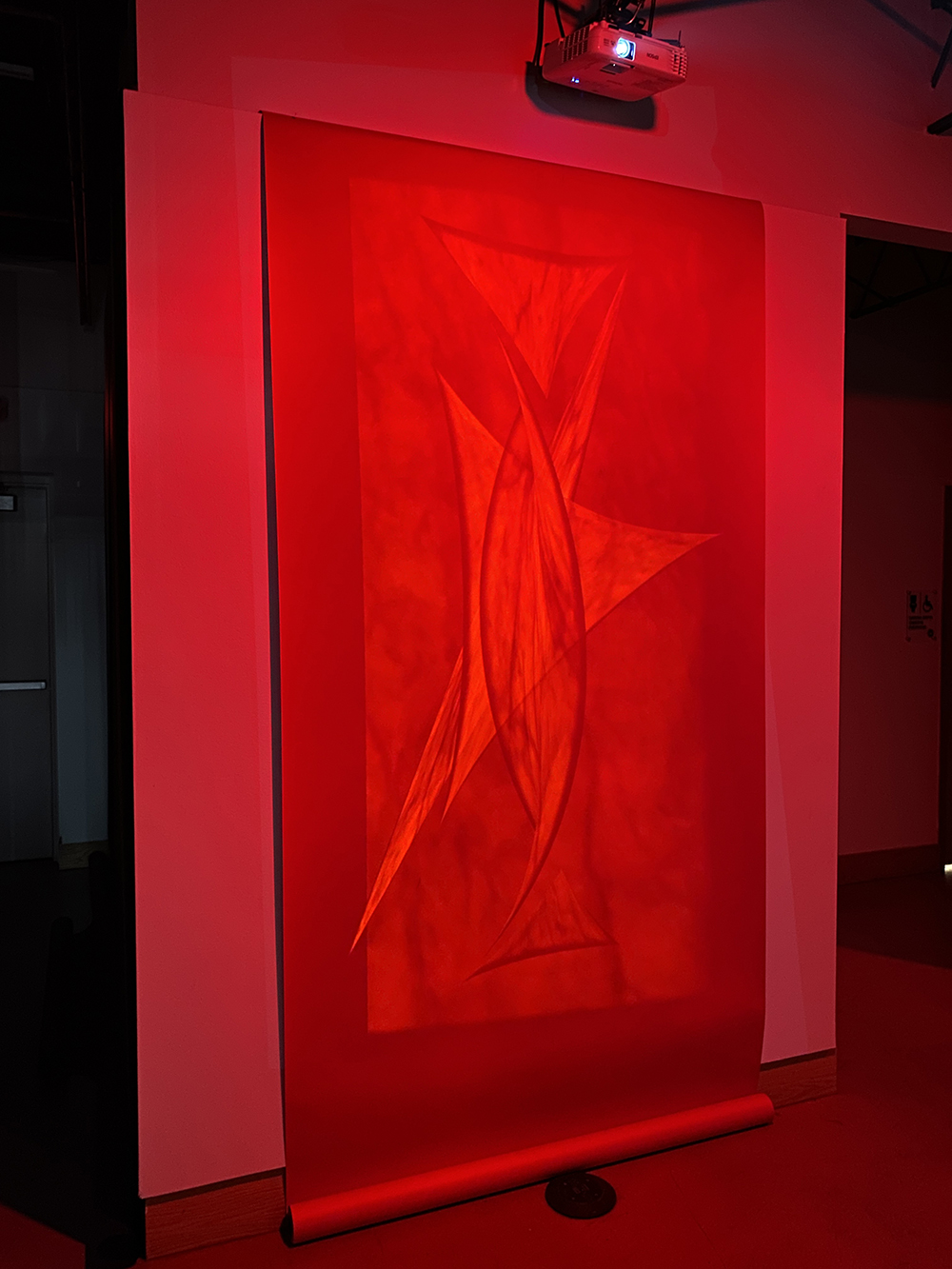 yödoishëndahgwa’geh (a place for rest) is on view at All My Relations through September 21st. Open hours: Mondy - Friday, 10am - 5pm, and Saturdays 10am - 3pm, at 1414 E Franklin Ave in Minneapolis. For more info, visit allmyrelations.com, rosysimas.com, and follow the gallery and the artist on Instagram.

All photos by Russ White for MPLSART.COM.