Papa Mbye: Drawing is an act of trust

A profile of the visual artist and musician, who was a participant in the 2020 MPLSART Sketchbook Project

To 22-year-old artist and musician Papa Mbye, drawing is a long-held practice of memory. Born in The Gambia, Mbye describes his arrival to the States and his arrival to the passion of art-making in terms of luck. His parents arrived in the U.S. shortly after winning the lottery — the green card lottery, specifically.

Reflecting on those first few years and what inspired him to pursue the arts, Mbye remembers back to Memphis, Tennessee, when his mom, in an effort to soothe her son, would make etchings of abstracted birds on paper.

The family moved to Minneapolis when Mbye was four, and a few years later, his dream was to be an illustrator. "Making cartoons, going ham on school projects… I didn’t see Black characters, so I’d make them," he tells me.

Since then, Mbye describes his practice of drawing as being rooted in repetition, something like that of the birds on Memphis paper.

"I’d find something that I like and keep doing it to get it right. There’s certain characters that I can’t stop drawing," he says. One in particular, with a gaping smile and only a few cartoon follicles, has developed as a kind of iconography within Mbye’s work. 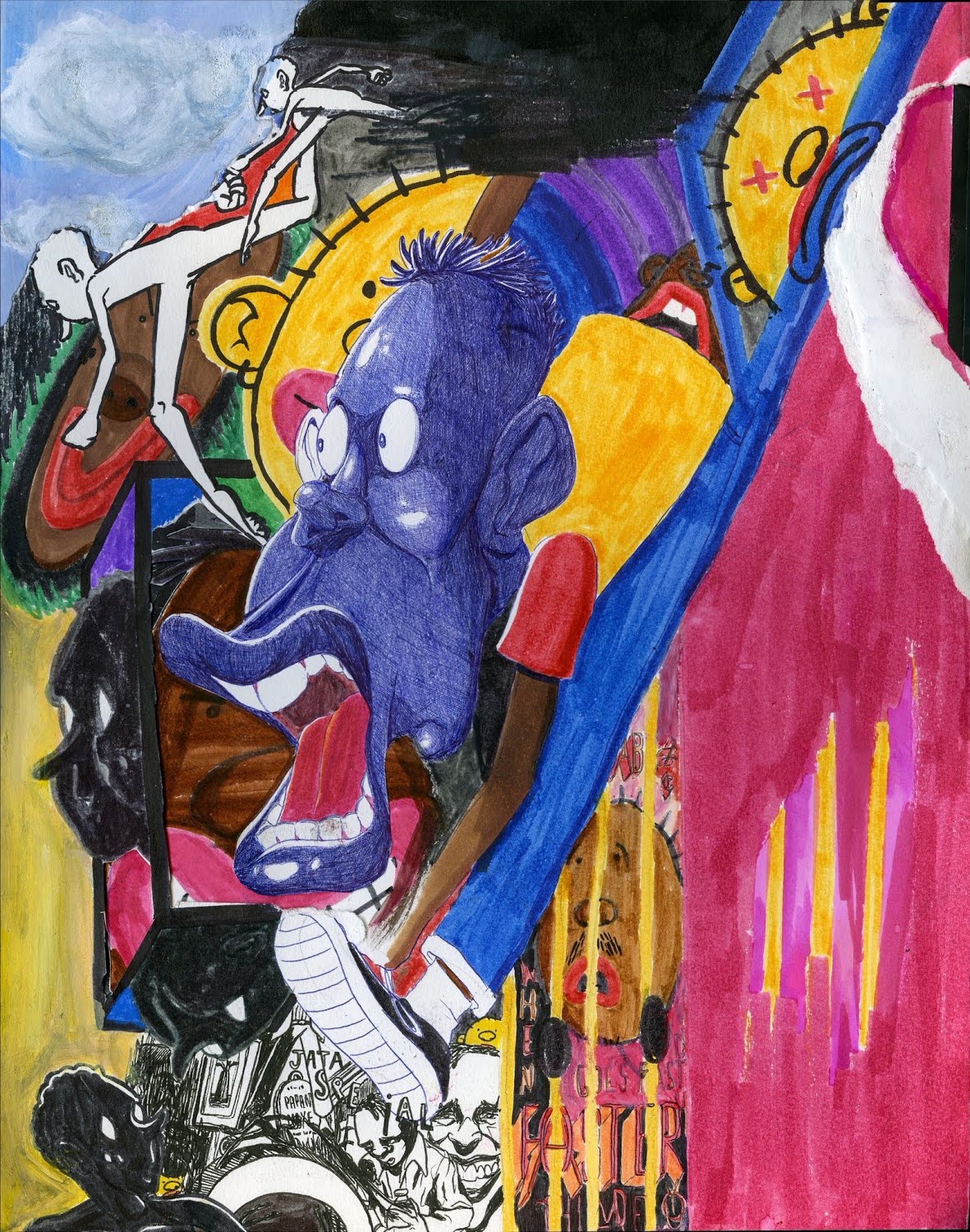 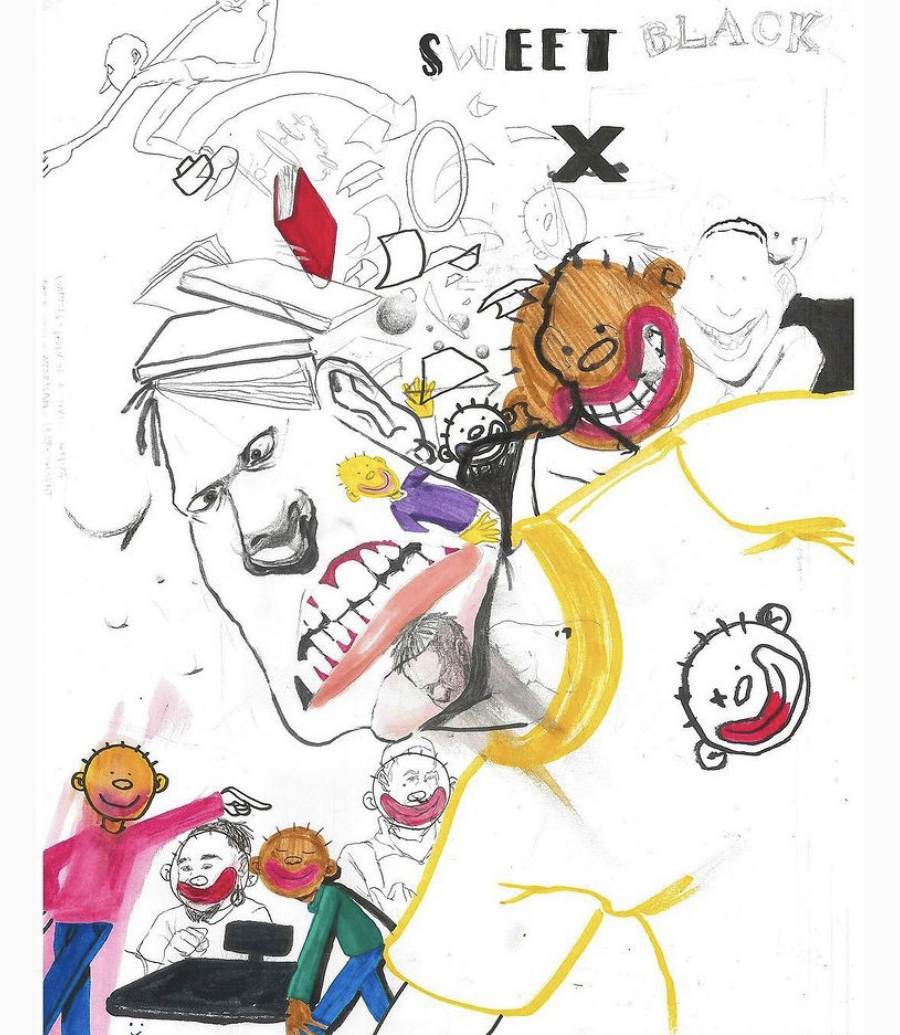 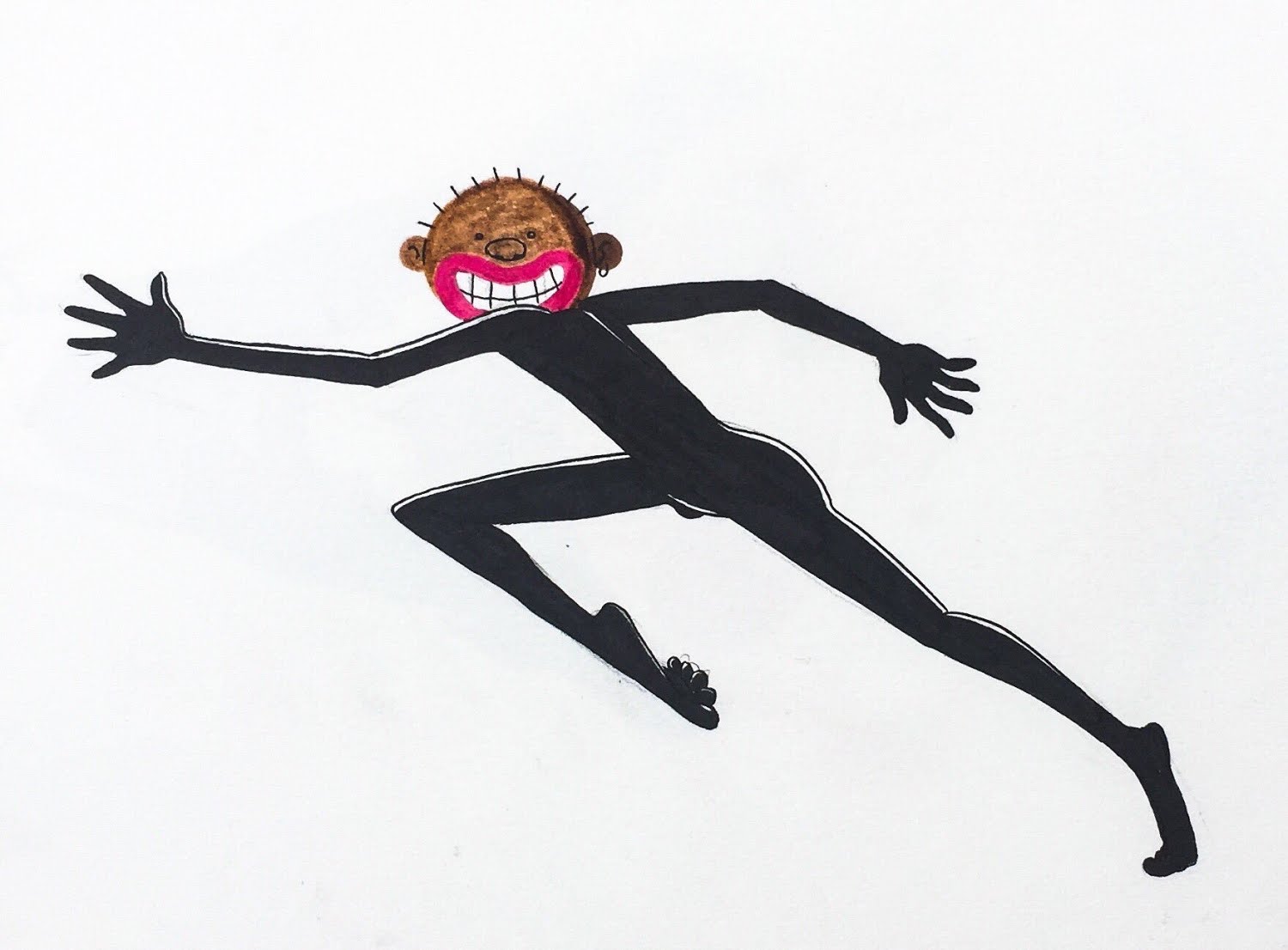 Mbye notes that the character is one he can’t shake, that he keeps returning to, although his relationship with the figure is by no means confining. "He’s a true translation for how I’m feeling at any given time... It’s easy to distort him… a blank slate of a figure." Mbye's visual work feels like a conversation between the artist and the images that surface. Vignettes of colored pencil marks fashion themselves like words, ones that don’t always make their way off the edges of his sketchbooks.

"I was figuring out how to translate what I felt in a language that felt true and fluent. I’ve always had problems with words and interacting in an ‘orthodox’ manner. I could talk to the drawing and then talk to people through it."

When I ask him what’s next for his practice, Mbye turns to the necessity of trusting one’s self in the time of creation. A trust that he’s building across media, with several musical singles out and an upcoming project he describes giddily as "an overlapping body of work."

Drawing and music, he says, "intersect in that I tried both traditionally, but that’s never really been an option. I know that they’re for me because I can be nothing but myself... How ideas develop in both [music and drawing] take parallel paths, in terms of timing. I might start a demo spur-of-the-moment, then return to refine it, giving it skin and blood and flesh and then I clothe it and ship it off."

Mbye makes sure to say that the task of trust isn’t easy, or even concrete. "It could be acceptance of myself, not holding back." But trust, he makes clear, is something worthy of practice, necessary for evolution. ◼︎ 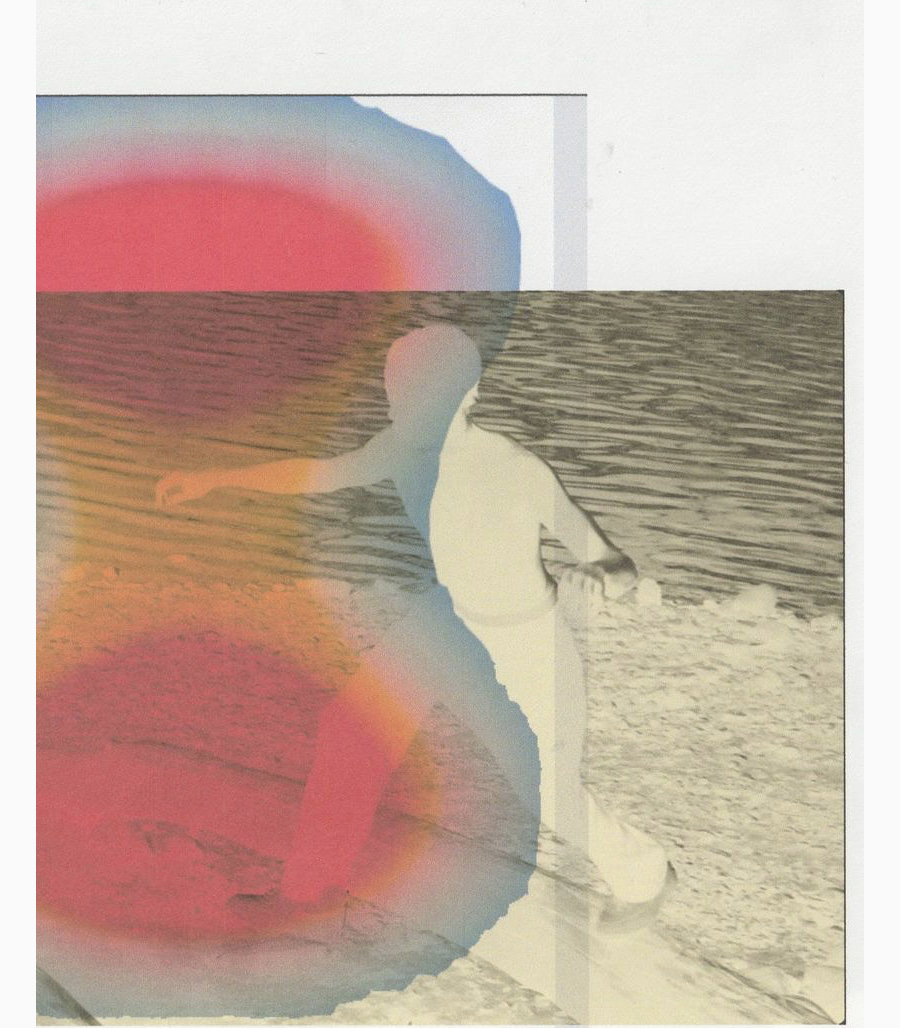 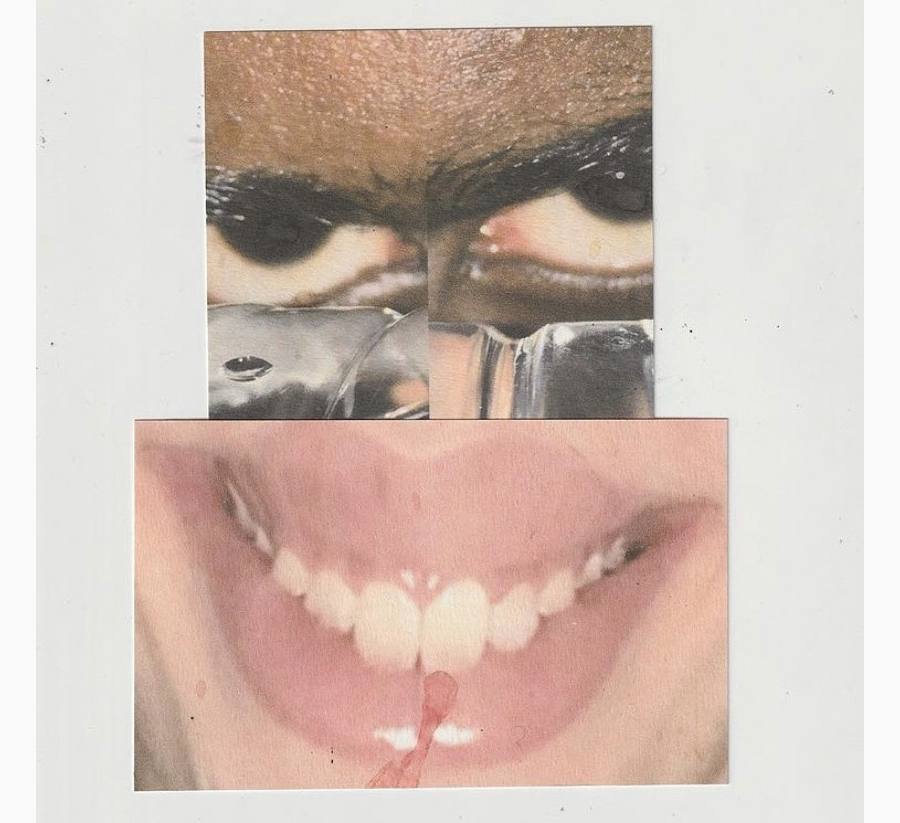 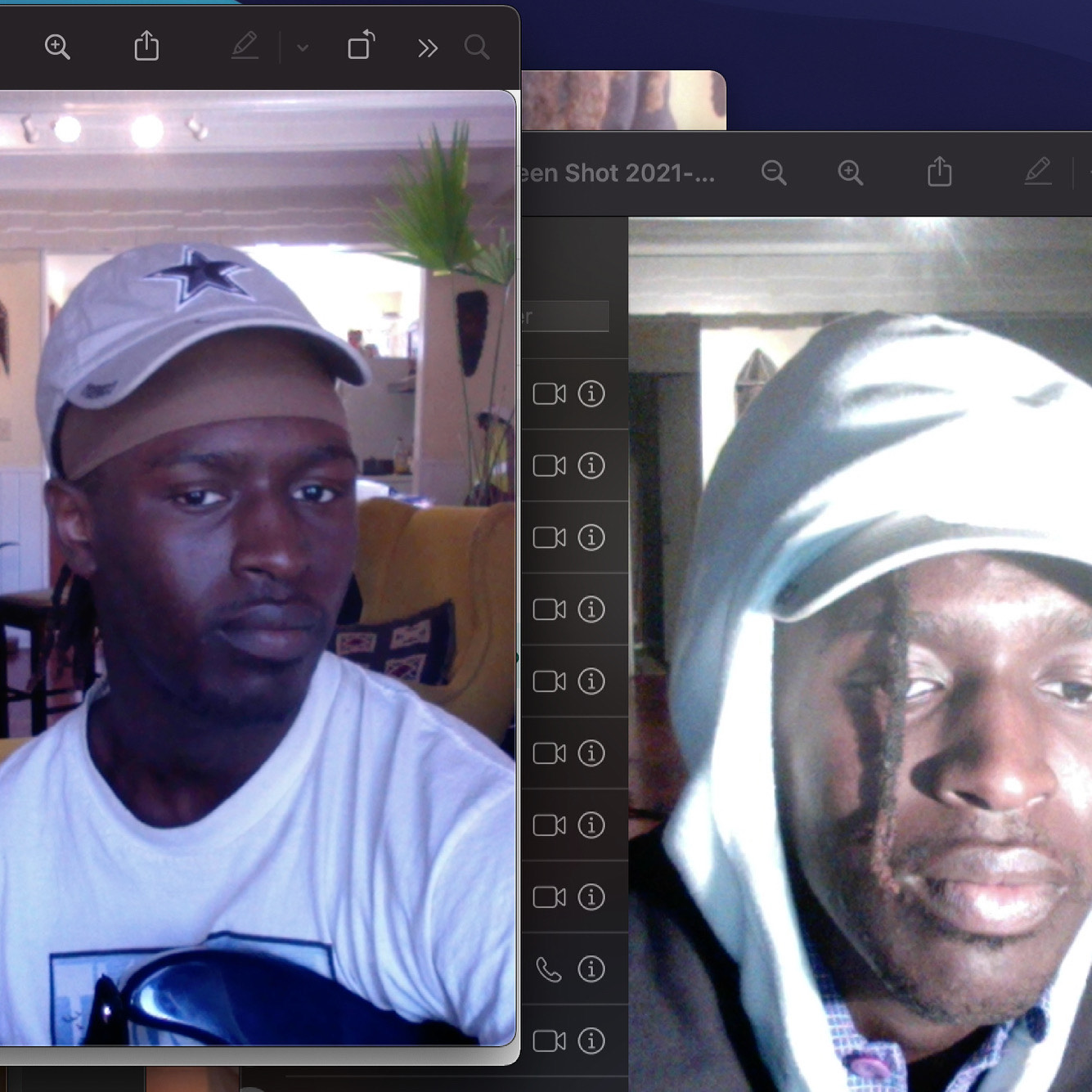 To see the artist's work and hear his music, check out his page on Against Giants and follow him on Instagram @papayoungvision and @papambye_.

All images courtesy of the artist.