The Many Worlds of Roshan Ganu

Mixing the large and the small, the real and the imagined, Roshan Ganu's artwork connects us to home by way of humor.

Unlike many of us who — perhaps by birth, marriage, or employment — came to live in the frigid plains of the Midwest, interdisciplinary artist and MCAD MFA graduate Roshan Ganu shares that she came here for the polar vortex. Not in spite of it. What’s more, it’s these thoughts on the insulation and reflection — literal and otherwise — ushered in by winter that frame both the monumental and miniature life and work of Roshan Ganu.

“I love the winter,” says Ganu proudly. “For one, it always teaches me something new. There’s something about the fresh snow, especially how it looks at night. The reflectivities… The way that any trace of light bounces off of it and brightens the street.”

Looking back to just last year, during an artist residency that she undertook in rural Minnesota, Ganu recalls, “There were times that you couldn’t tell where the earth had ended and the sky began.”

With a collection of work that scales the sides of buildings and captures entire sentiments in a stretch of cotton-sheathed streetlight, it’s no surprise that someone of Ganu’s imagination would come to such mythical epiphanies about a season that even the most veteran Minnesotans might come to resent every now and again.

Ganu’s sculptural installations play with scale — some larger than life, others shrunk way down and incorporated into animations. Her love of cartooning lends the work a playful sense of humor, even as she's investigating very real themes of identity, immigration, and isolation. 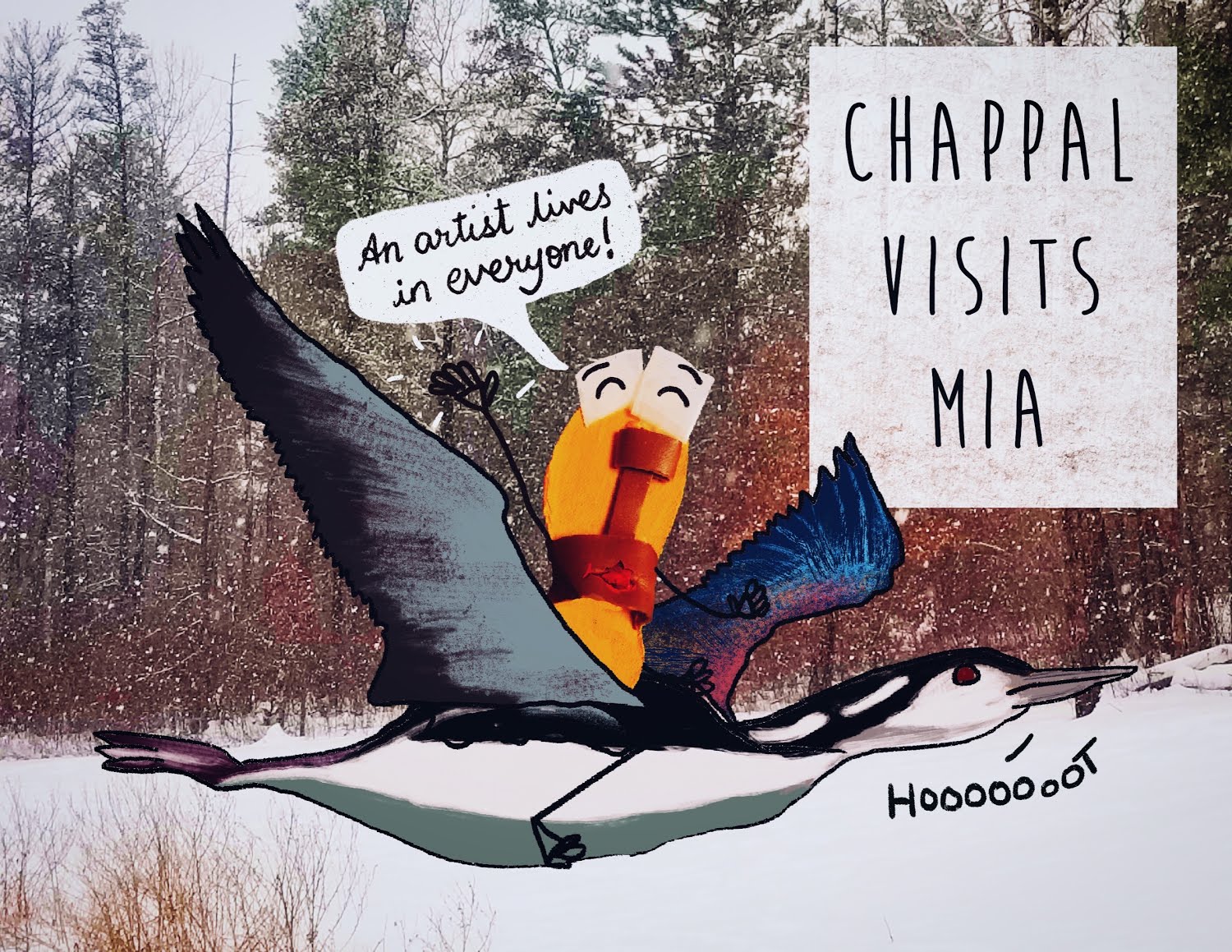 A recurring character in Ganu's work is Chappal, an animated cartoon slipper commonly worn in India, who has adventures here in Minnesota. Screenshot from 2-part video series made in conjunction with the Minneapolis Institute of Art.

Thinking again about her time in the snowy, rural flatlands, Ganu remembers the isolation as what led her to internal reflection. When asked what being an artist means to her, Ganu admits she never thought that she was one. The idea of art was always outlined with rigidity.

“It was always the Renaissance, the pristine human figure. That’s not what my work is.”

Growing up in the Indian state of Goa with her mother —a linguist — and her grandmother, who was a painter until the birth of her children, Ganu saw the work of her grandmother to still be art, albeit within the home: a love that often took the form of embroidery and crafts she made for her family. Art as service.

“I saw art to be the act of creating a home, beautifying it," she says. "Growing up with that idea of building home has really stuck with me."

Equally important for Ganu is the telling of a story. With an undergraduate degree in Journalism and a master’s in French and Linguistics, Ganu shares that in her miniature works, “It starts with a story — pulling from personal history — then juxtaposing it with a seemingly incontextual, ‘I am here’... Appropriating the space around me to create a sense of familiarity, always meeting the space halfway.” 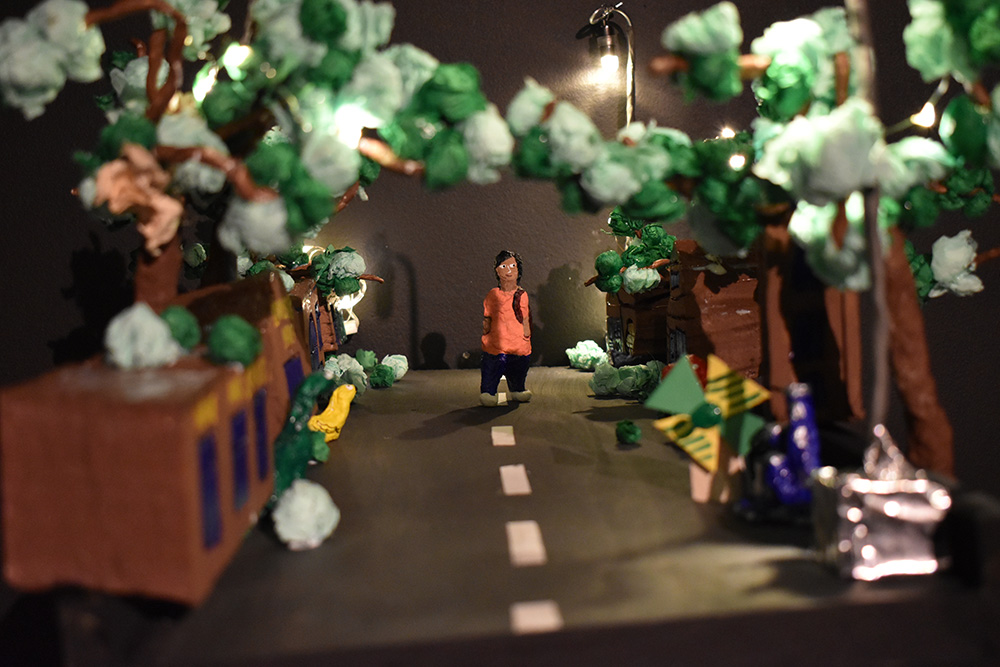 Works like that of East 25th Street, Minneapolis operate as ample illustration. Moments become worlds within the sculpture’s 24 x 10” frame, and worlds become moments. Ganu describes East 25th as an experience in and of itself – a multi-media installation captured in this video performance – laden with texture, scents, simmering lights, and even the sounds of her own voice.

“I remember people coming out of it emotional, so I thought it’s not just the size, it’s the sensorial experience. My voice, the visual, the smell. If that’s possible at this scale, what happens when I scale up? Will it hold?”

Even her relatively large pieces, like The Banyan Tree standing at 6 feet tall, are still bound between the real and the fictional. And as is Ganu’s artistic mandate, “Wonder and amusement are kept at the center.”

Her art, like that of many artists, starts inward. “I view it as a strength that I am extremely vulnerable in my process. And it drives my process and dictates the final thing. Even after the thing is over, the living decisions are still translations of my feelings, that vulnerability.” It’s an illustration of the human condition — that if she is tender and puts that into the world for others to see and consume, then naturally there must be some universality to that vulnerability. For Ganu, that too is play. 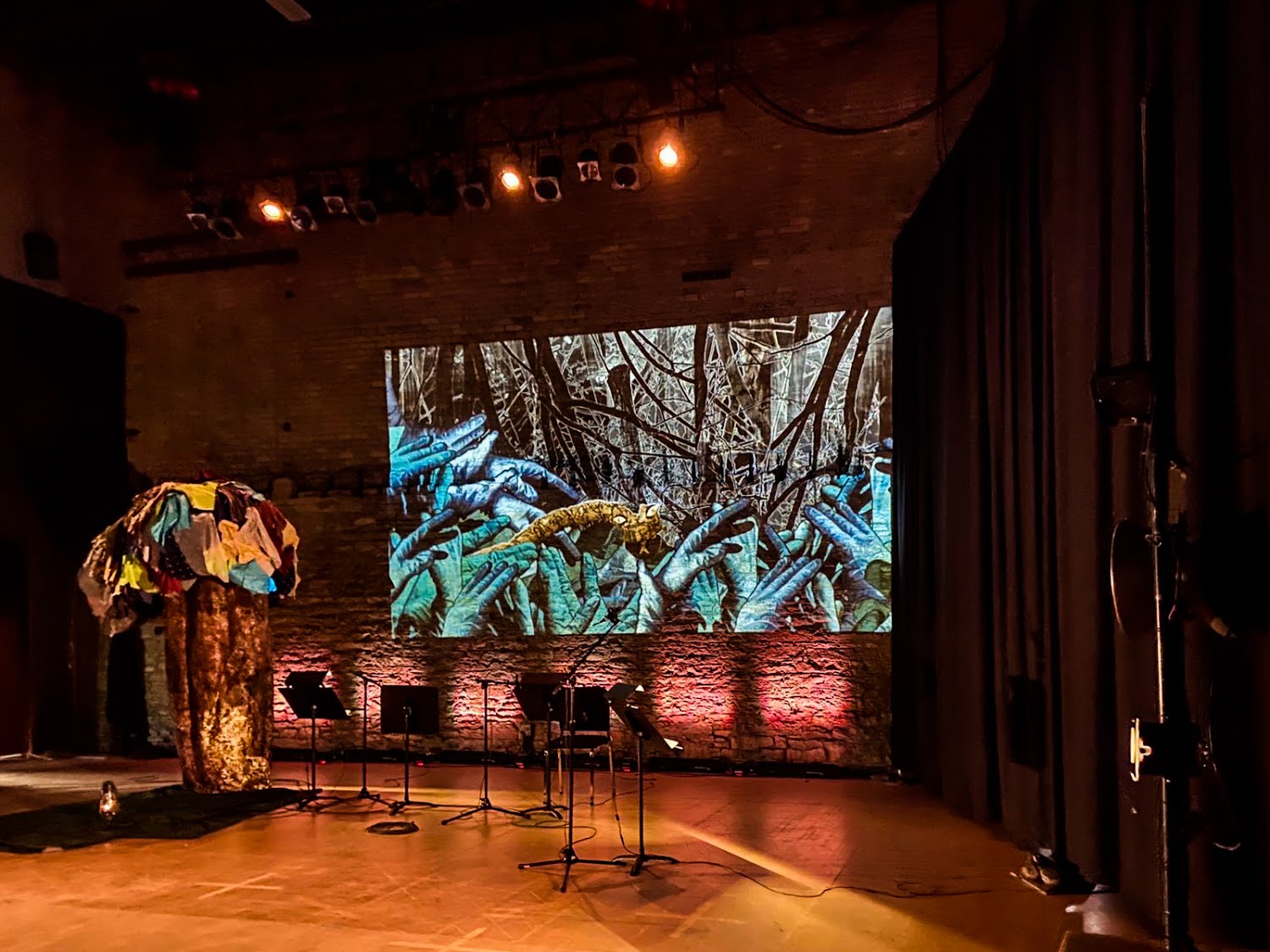 With projects on the way with the Minnesota Opera, the Artistry in Bloomington, and a solo show at the Duluth Art Institute, Ganu has no shortage of space for more worlds of miniature size and more tenderness. If she has to take a break, however, walking is her activity of choice.

“I love walking," she says. "Cities, towns, villages. It gives me a sense of place. I’m doing that in my work, as well. This could be the research. And each city has such a discrete street language. Stickers, graffiti tags as mapping sources. I google and go from there. Investigating, mapping. When random people tell me about their day. The image of a cat drawn on a footpath.”

Ganu makes clear that excitement drives her even in a packed schedule. That in light of the ways that the pandemic has forced her work to become virtual, it’s also becoming giant. She’s finding solace in a winter like no other — and rightfully so. Because when you work with concepts as huge and as utterly personal as Ganu does, you can find joy even from being in flux, comfortably. ◼︎ 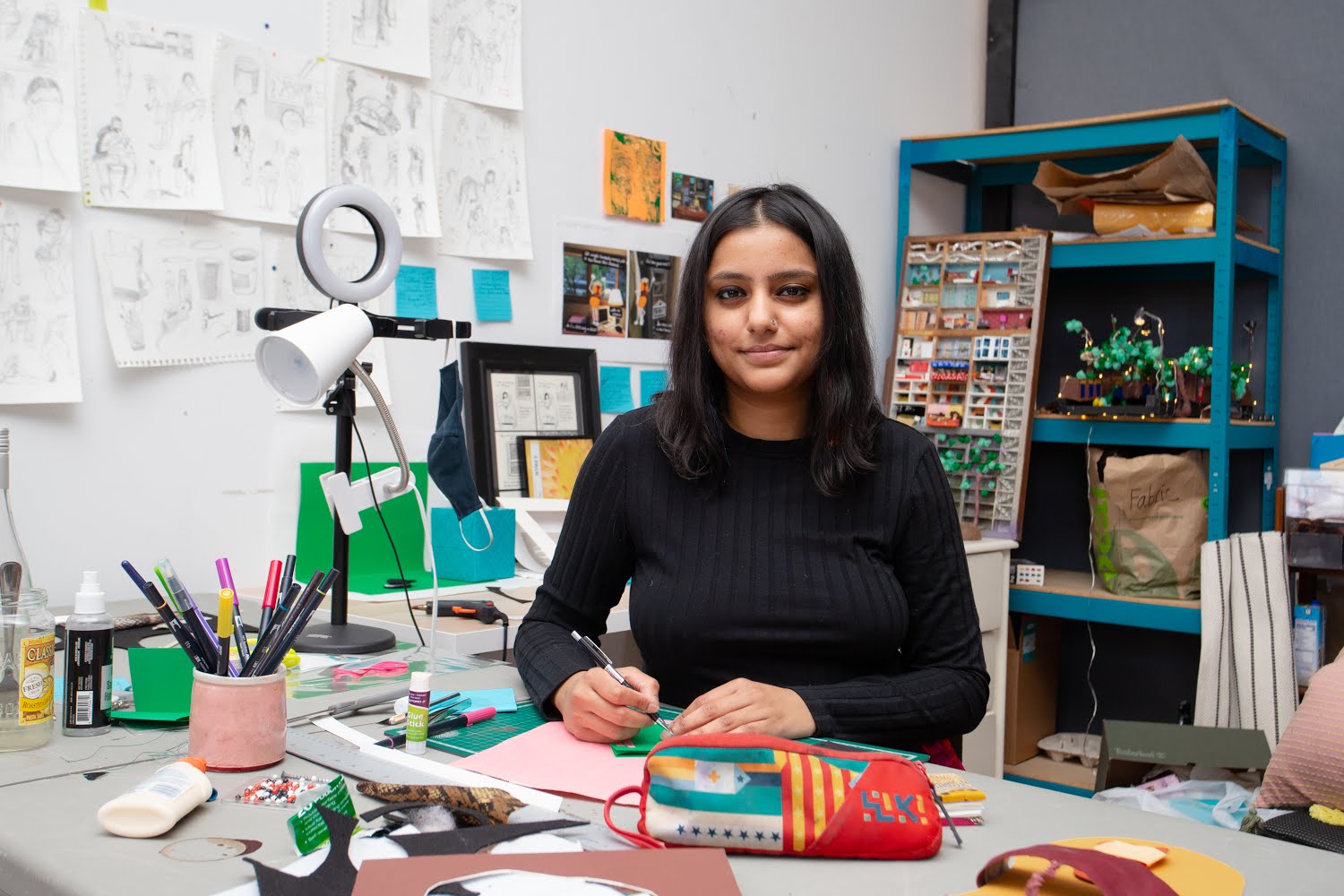 The artist in her studio.

To see more of the artist's work, visit roshanganu.com, or follow her on Instagram @blingalingthoughts. All photos courtesy of the artist.