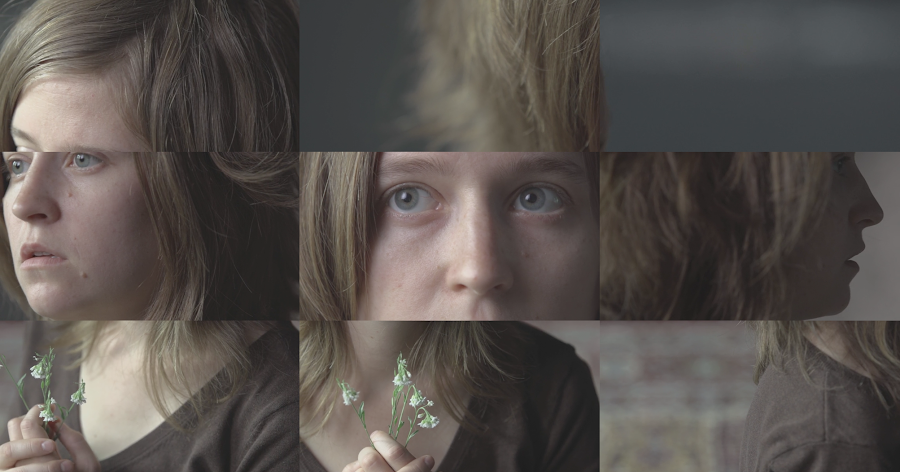 MPLS artist, musician, and Brooklyn transplant comes back on 6/20 for a one-night-only showcase of images, sounds, and silence.

Brooklyn-based composer and artist Grant Cutler wants to help you enjoy the silence so you can examine the noise. This Thursday, the former MPLS artist plays host to a pop-up experience which explores the complexity of a moment through impressionistic multimedia works: an interactive portrait and large-scale photo prints. Celebrating the local release of his photo-book, Thoughts Becoming Loud — which premiered in Brooklyn in April — the exhibit will be accompanied by a set of quadraphonic audio-works performed through a locally-designed sound system. The equivalent to 4.0 surround sound, quadraphonic audio uses four channels positioned at four corners of the listening space, reproducing signals independent of each other.

The show’s title is inspired by a German diagnostic term, Gedankenlautwerden, for a patient who hears their thoughts spoken aloud as they think. Cutler’s works present, out loud and in physical space, a mass of concepts, impressions, and memories, co-existing in us within a single instant. Among the works is an interactive digital collection of sounds and images which the viewer can start and stop at will, creating unique compositions in the moment. The artist describes the piece as “synthesiz[ing] a kaleidoscopic portrait of one woman’s inner dialogue.”

Here, Cutler shares some thoughts about the MPLS debut of Thoughts Becoming Loud, the inner complexities of a moment, and the evolution of his practice. 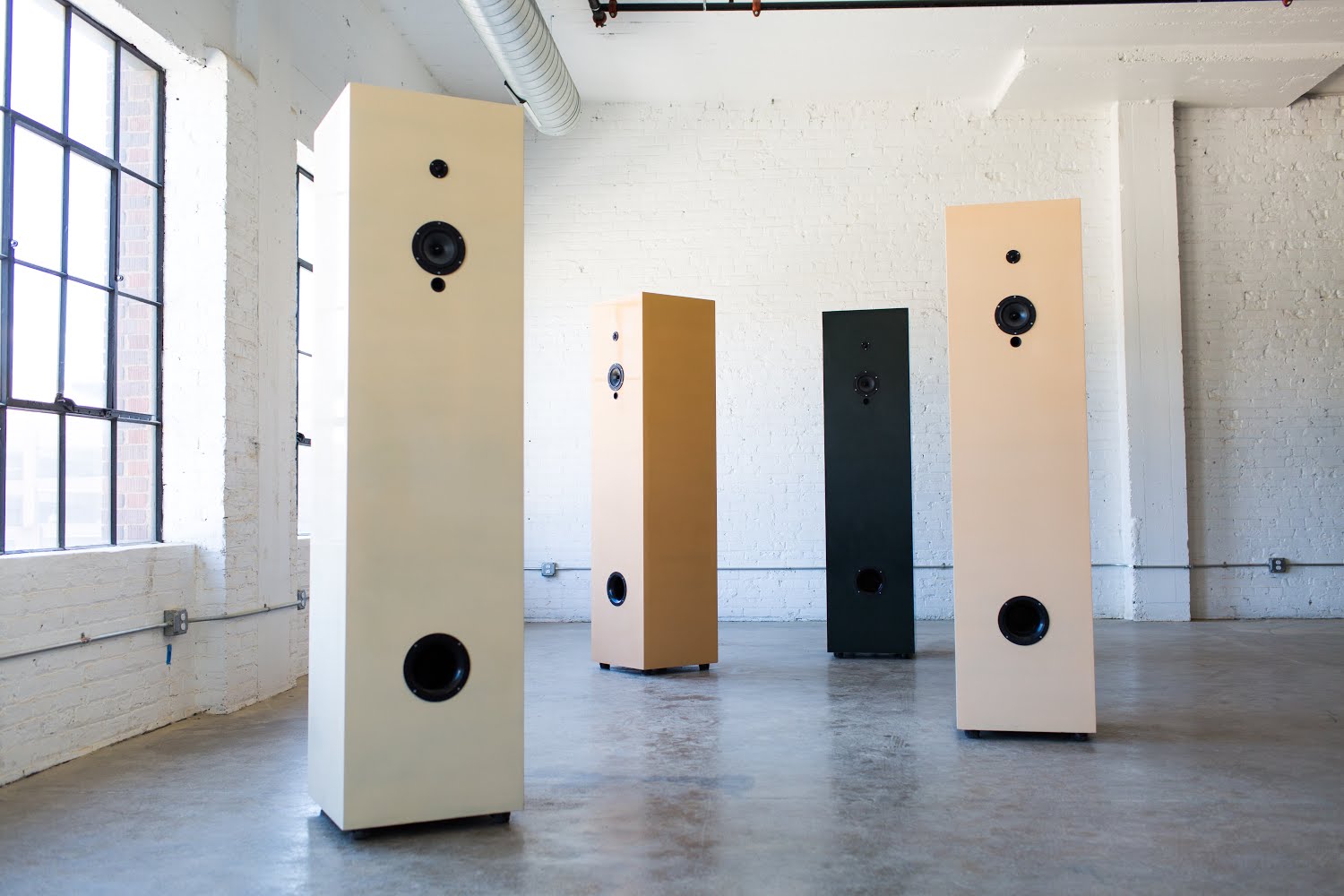 Photo by Aaron Rice. All images courtesy of the artist.

JE: Though currently based in Brooklyn, you lived in Minneapolis for some time as an artist/musician. What prompted the move and how would you say the scene differs between the two cities?

GC: I lived in Minneapolis for 10 years before I moved to New York about 6 years ago, when my partner got an internship in Brooklyn. I’m lucky to remain part of a really strong community of artists and musicians in Minneapolis, and still collaborate regularly with the folks I built relationships with over the decade I spent living here. At the same time, I’ve grown as an artist living in New York, where there are endless art communities, venues, and events to explore and inspire an arts practice. I compose a lot more for film than I used to and have produced more visual and interdisciplinary works since moving.

For Thursday’s pop-up reception, attendees can experience both your first bound photography collection and a debut performance from the monolithic hand-crafted sound system, Palace Speaker Array, which will be used to perform your latest quadraphonic compositions. Can you tell us more about the production behind this sound-work and how it relates back to your photography series?

A few years ago I started writing quadraphonic compositions. I had an installation on Governors Island in New York one summer that featured a generative quadraphonic piece, using regular consumer speakers for playback. After that show, I knew I wanted to design a system that would be as intentional as the sound being played from it. My attempt with the Palace Speaker Array was to make something beautiful and substantial, that could be used to experience any of the quadraphonic pieces I’ve worked on, and even to play other composers’ work. MPLS Guitars manufactured the speaker cabinets, and Peter Bregman engineered the electronics elements.

All the works being shown together have come together over the last handful of years, so this is just an opportunity to share them all at once. 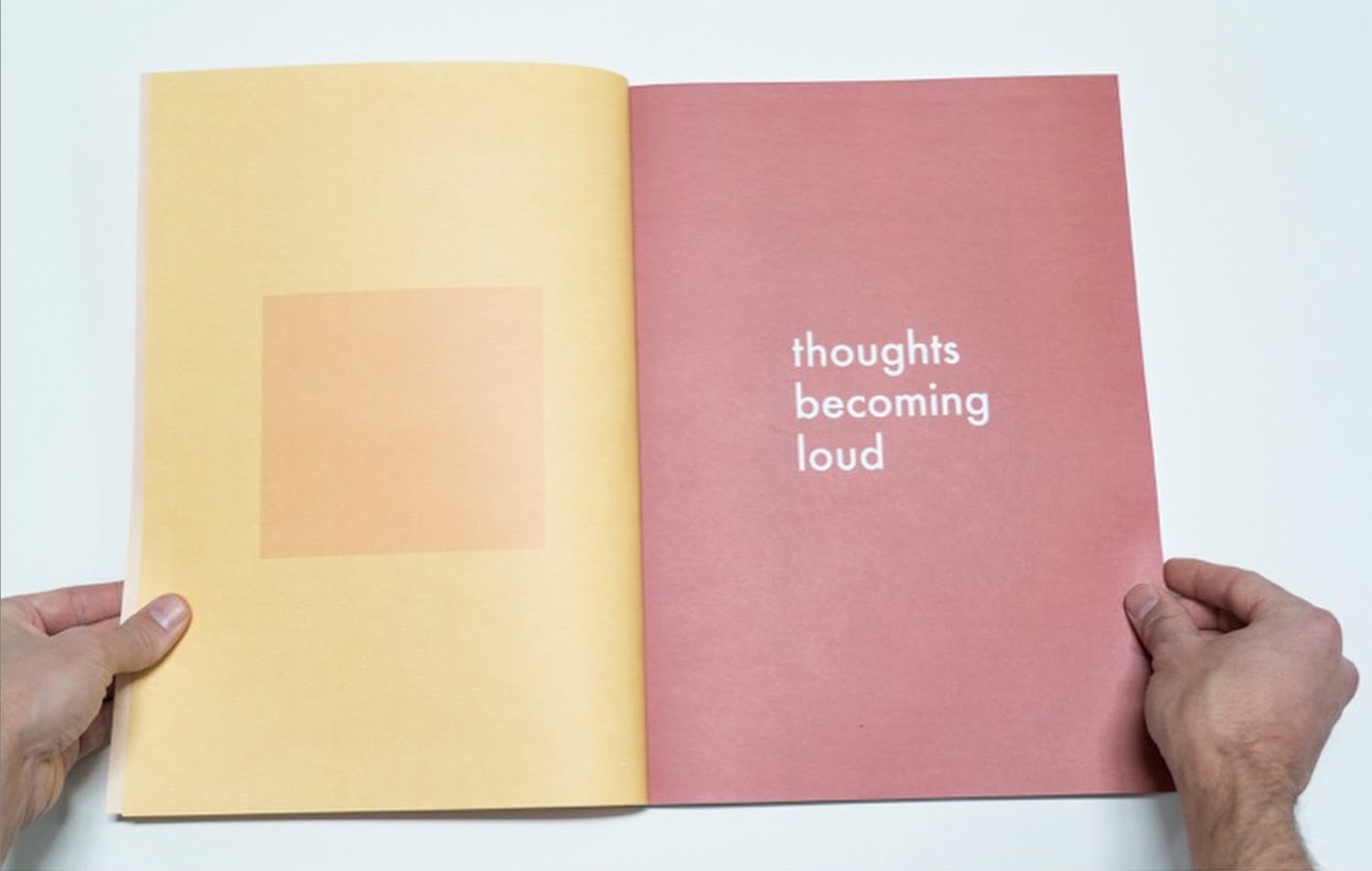 Thoughts Becoming Loud, a large-format photo book, is a 5-year-long project created to find meaning across a half-decade of disparate moments. Where did the idea for this exhibition come about and how has it evolved since your original vision?

As the web-based generative composition was coming together, I started to think about what physical work could accompany and add dimension to it. I started to curate photos I’d taken and ended up selecting mostly pictures from road trips and life in the Midwest. Both the digital work and book deal with the act of trying to narrativize what’s in our minds. Both were born from uniquely Midwest experiences.

I’ve done a lot of reading and writing about consciousness over the last several years. Thoughts Becoming Loud is one iteration of this exploration, and I came across the concept of Gedankenlautwerden when I was trying to find a term for what the work feels like to me.

One of the topics this body of work explores is the complexity of a moment and how engaging in profound silence affects our intermittent consciousness. How would you expand on that?

Users can interact with the work, which is made up of 9 video cells that start and stop playing when clicked. Each cell pulls randomly from a library of video and audio that I composed, using footage of and vocal performances by Holly Hansen. This gives audience members the chance to add and subtract elements, creating a composition that will never be the same twice. My hope was there would be some satisfaction in organizing these different inputs, but also that the process would mimic the tension of competing thoughts that are constantly present in our minds.

In the last decade, you’ve performed inside a James Turrell sculpture, shared stages with world-renowned artists including Ólafur Arnalds and Isabel Allende, and installed quadraphonic sound environments in Manhattan galleries. How have these experiences shaped the examination of sound and environment within your personal art?

I have become more conscious of — and interested in — the relationship between sound and the experience of a place. Making ambisonics field recordings has become a favorite practice for me, and figuring out how to compose with these recordings, integrate them into music, and create settings in which to play them back has been very motivating to me. My focus on physical and visual media has increased as my understanding has grown of the relationship between sound and space.

The original opening of Thoughts Becoming Loud was a 3-day interdisciplinary exhibition at the Realty Collective Gallery in Brooklyn. Was it difficult to pare it down to just a one-night-only pop-up event?

This pop-up is a chance for me to share recent works with my community here. I wanted to celebrate the completion and debut of the Palace Speaker Array with its co-creators, who are all based here. Holly Hansen contributed vocals and is the portrait subject for the digital work Thoughts Becoming Loud. The book is filled with places and people from here as well. It’s exciting to be able to present these works alongside the collaborators who made it all possible.

Is this your first experience taking an exhibition on tour to multiple cities? Do you plan to do more pop-up events like this one in Minneapolis?

This is my first time showing elements from the same collection in multiple cities. Probably like most artists, my least favorite part of making art is promoting my work. But I do love the opportunity to celebrate the results of artistic collaborations, and to make space for starting conversations and relationships. 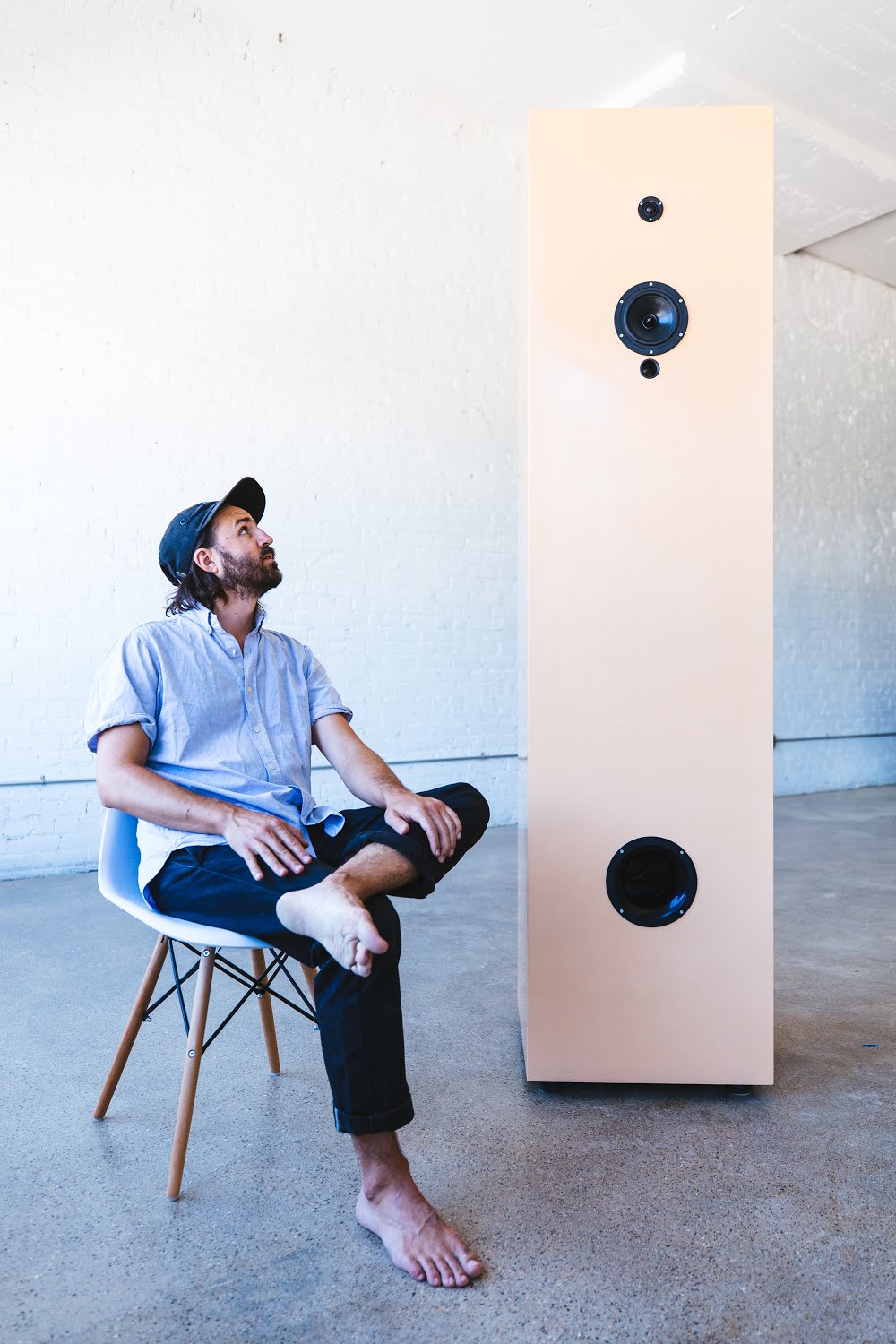