The prolific painter draws on intuition and experience to explore what it means to have a body.

Cooped up in a trailer at the North Dakota State Fairground, artist Lauren Roche spent three weeks waiting for work. It hadn’t been a good harvest, meaning fewer jobs processing sugar beets than Roche and friend Tynan Kerr had anticipated.

“Every day, we’d go out, get groceries, and make food,” recalls Roche. “Then get a bunch of tequila and go back to the trailer and draw together.”

Although Roche had been drawing since she could hold a pen, it wasn’t until these three weeks in 2012 that she began to share her work publicly, with the support of fellow artist and close friend Kerr.

“I’m sure a lot of people that make art have that weird moment of ‘when do I show people? Or, why?’” explains Roche. “I applied for the Jerome Emerging Artist Fellowship that same year, only a few months later, and got it.” Soon after receiving the grant, she appeared in first a group and then a solo show at Bockley Gallery, who now represents her. 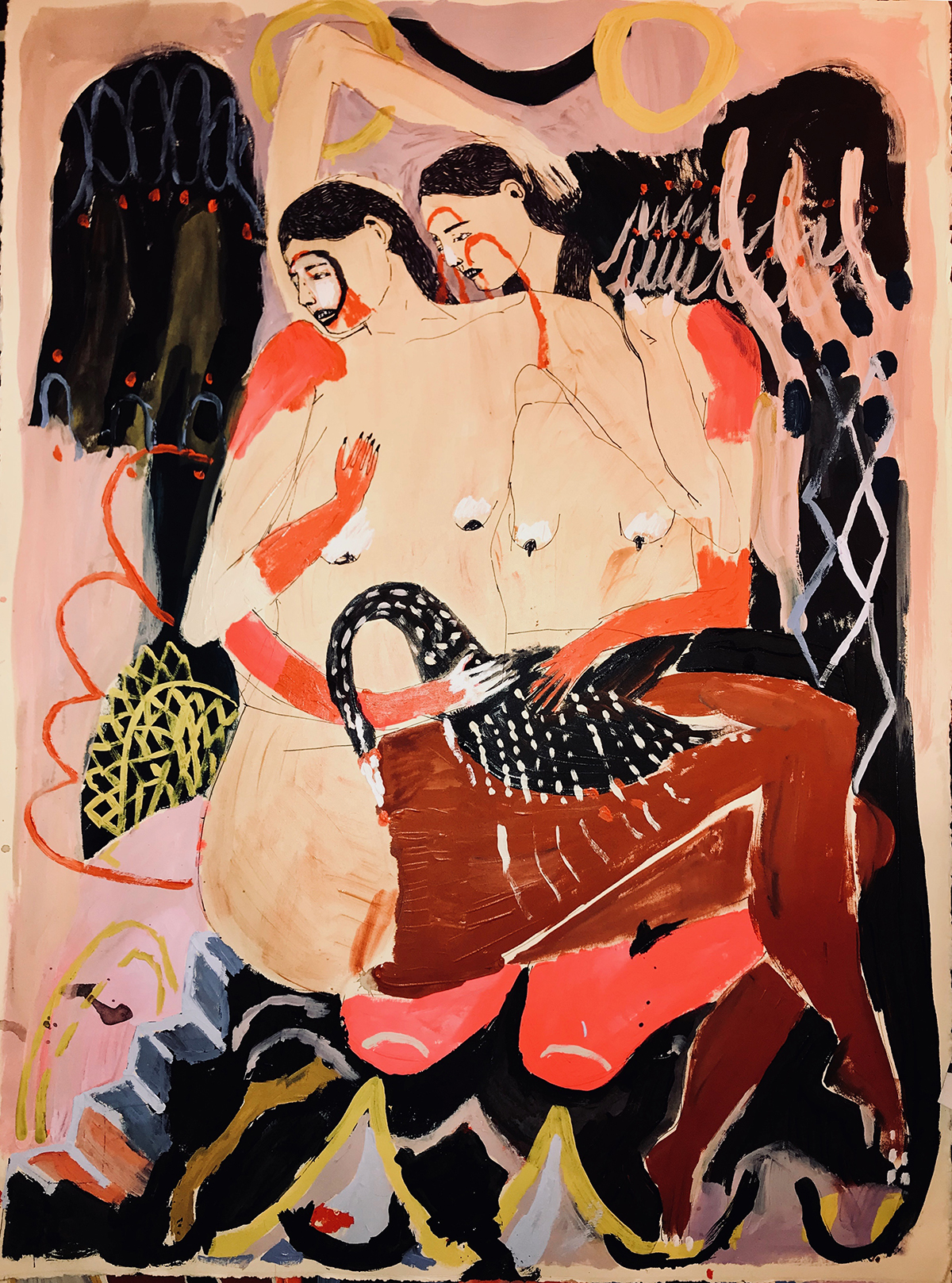 One of the most immediately noticeable things about her paintings is the cohesive world she’s built. Within vibrantly colored, abstracted and cropped interiors, she places a cast of female figures interacting with themselves, each other, and their environment in a way that feels staged yet ambiguous.

The locations and undefined actions mirror Roche’s own confusion and confliction when it comes to her body. As a child, her ability to dissociate from her surroundings served as an effective coping mechanism during periods of physical and emotional abuse. Now, it’s left Roche with a complicated relationship to her physicality, one that comes out in her painting.

“I’ll draw these women and they’ll be interacting with each other or with something in the painting in this way where I don’t realize what it means until afterwards,” she explains. “Then, I’ll see these crazy metaphors or symbolism that starts to make me understand what it means in a deeper way for me and the people around me.” 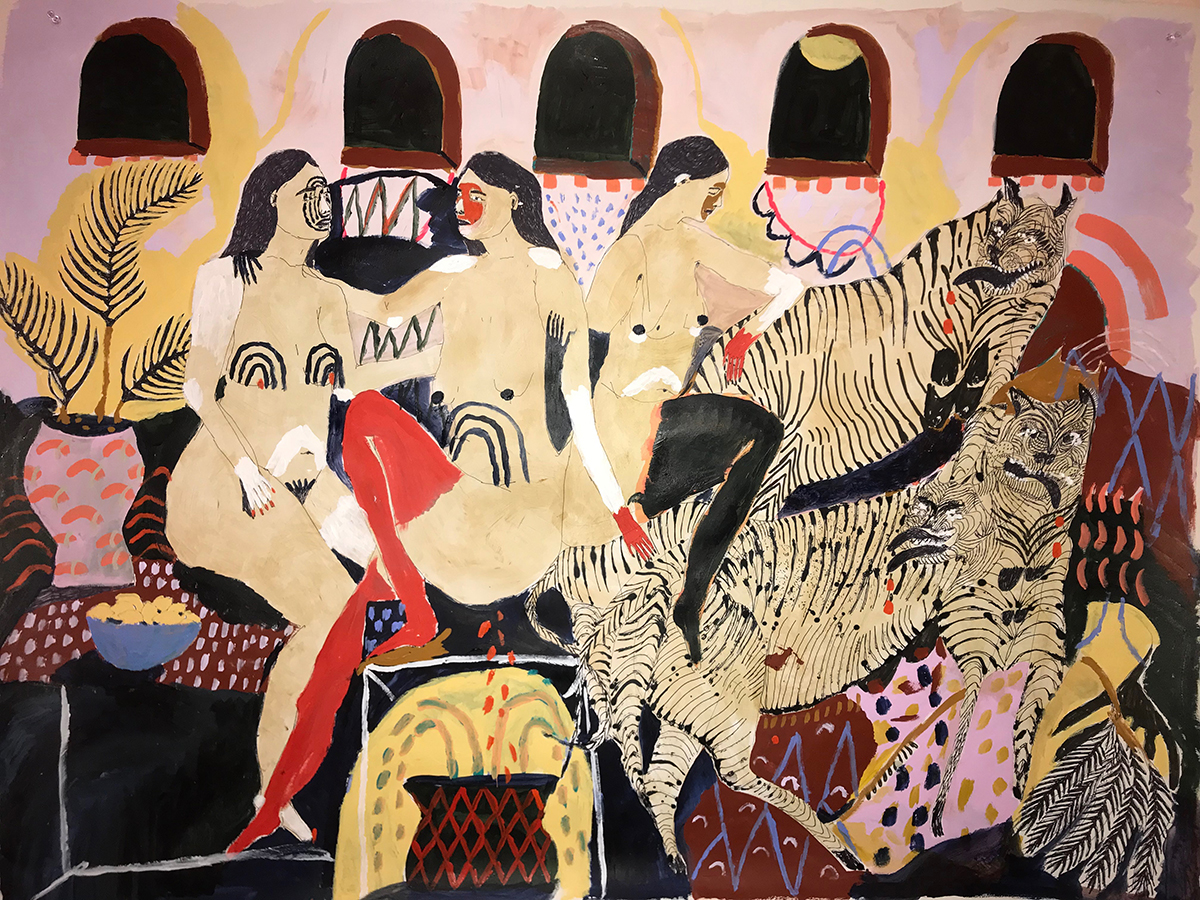 While the presence of women relates to her history of dissociation and body dysmorphic disorder, the many animals in her paintings stem from a negative religious experience in her teens.

“I was in this church that told me that I had demons inside me and they tried to cast out the demons. I got really overcome with this fear,” says Roche. “I felt like I had to draw it out to exorcise it out of my mind. And then those demons kind of transferred into animals that were either giving or receiving different energy or life force from people.”

Processing her phobia through painting, Roche’s animals took on vastly different qualities — not all are demonic; many seem to be giving or supportive. The woman and the “other,” in this case an animal, connect with each other in a world apart.

Dissociating from her environment had become less frequent, until she was placed on bed rest almost two months ago following a severe back injury. Now, she is again face-to-face with a debilitating physical situation.

“Being stuck in bed, unable to have any sort of physical intimacy with anyone and with myself because I’m detaching from my body makes me think really visually,” says Roche. “Those are the things that make me feel visually creative.”

Pen & ink drawings made while the artist is on bed rest. Images courtesy of the artist's Instagram.

Having recently received the Joan Mitchell Foundation Painters & Sculptors Grant, Roche hopes having more time to work on her art can be the silver lining to her injury. Like many artists, she has had to work a slew of other jobs in order to make a living, often leaving less time than desired for her painting career.

Propped up in bed, letting her connection to and separation from her physical pain express itself through her ritualistic figures, Roche hopes that others will see themselves in her intensely personal work.

“It’s hard to be in your body. It’s really confusing. And I know that lots of people feel that way,” says Roche. “After I make a painting, I feel supported by it. I hope that someone else would feel understood in some way, too.” 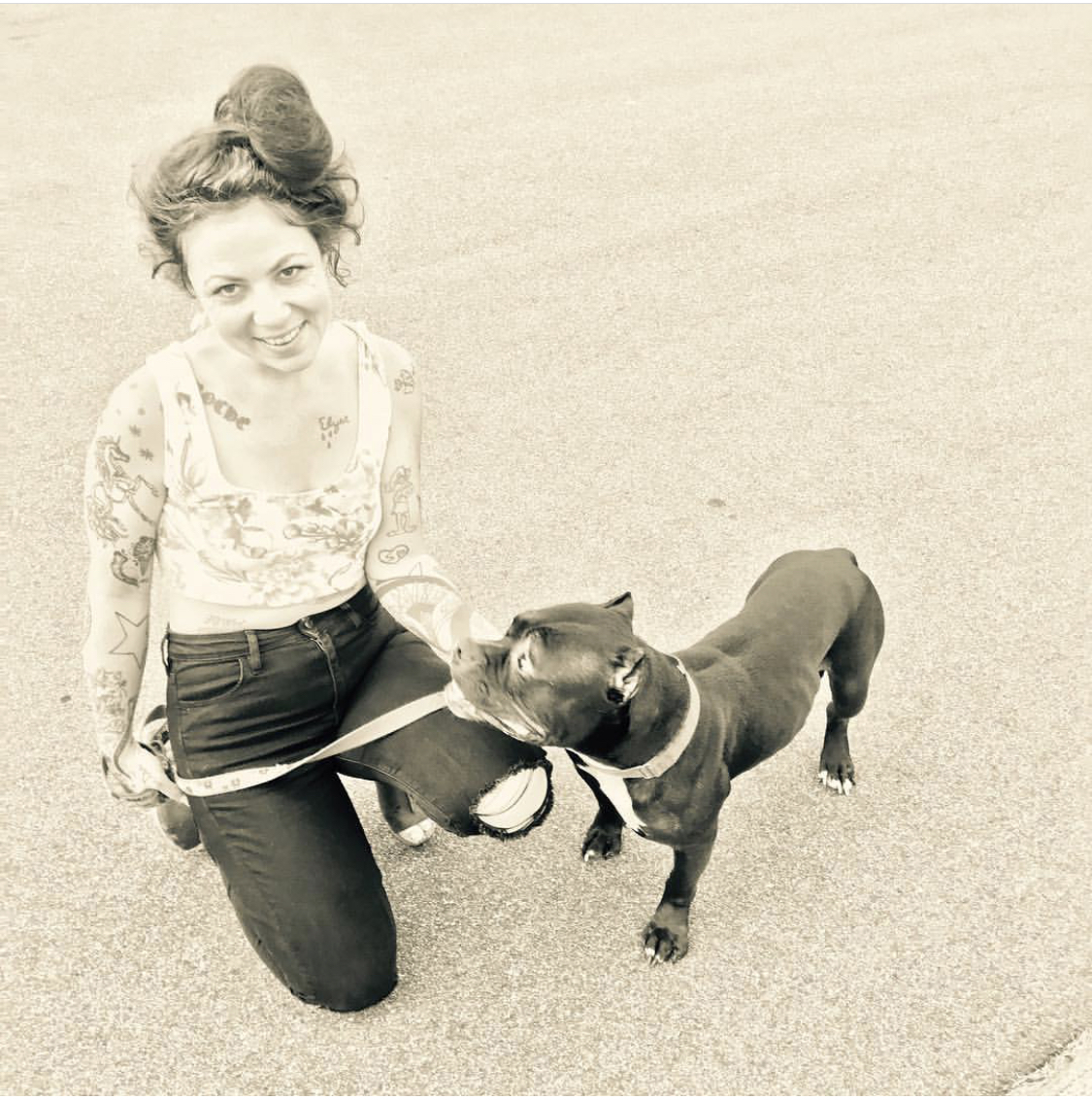 Lauren Roche is represented by Bockley Gallery. To see more of her work, visit bockleygallery.com.