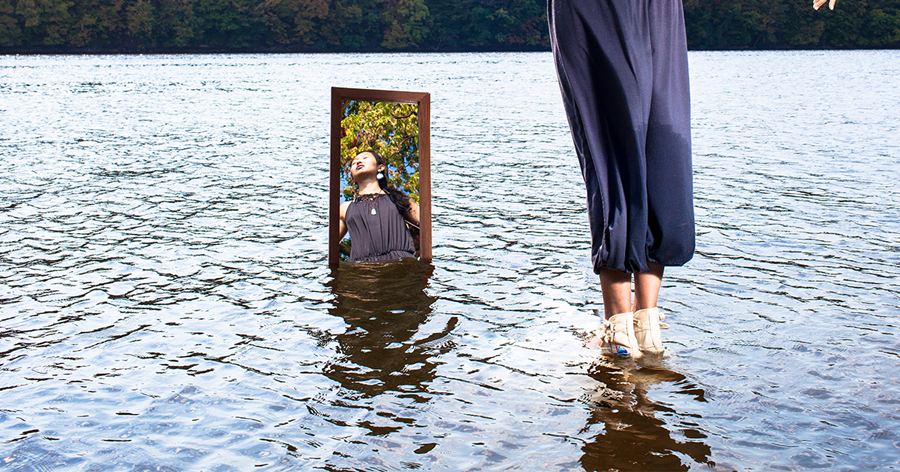 The accomplished photographer's new book reflects Asian American lives in the Twin Cities, with a launch party at The Third Place Gallery.

Ryan Stopera is a Minneapolis writer, photographer, and educator whose background is a wide spread of work on social issues of all kinds. His work shows that he is a Minnesotan who has a stake in every fight, especially those that are local. However in his new book, Accents, he places his focus on subjects and people closer to his own personal world. Accents is a compilation of photographs and written pieces about identity and experience. The book debuts and will be introduced by Stopera on Thursday, Dec 6 at The Third Place Gallery, where Wing Young Huie will have works from his Chineseness series up for viewing as well. 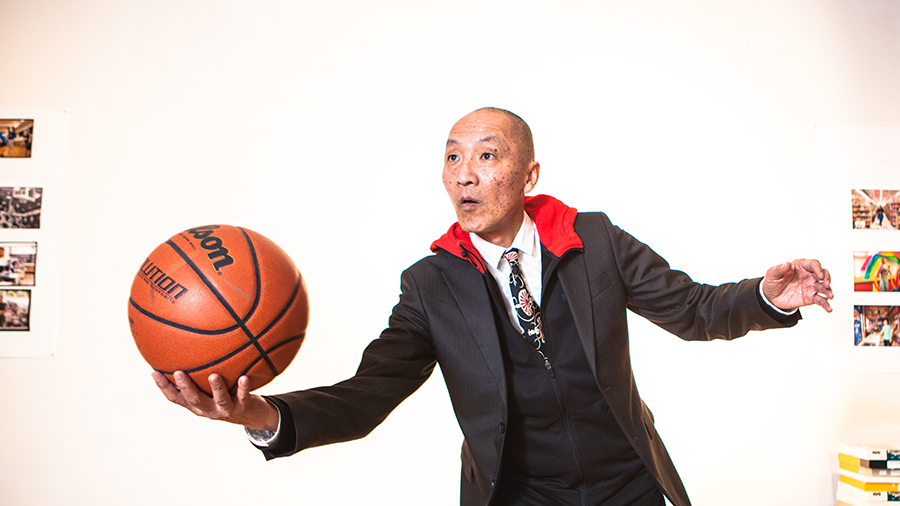 Erin Moore: I know the book is about identity, and features conversations with people in your life. More specifically, though, what is this book about and why did you start working on it?

Ryan Stopera: I’ve kind of kept it vague, just stating that it’s about identity. But it’s specifically around Asian American identity and I guess I intentionally kept that a mystery because I wanted people to go into it kind of blind and develop a new perspective on contemporary Asian American identity from the stories that are told in the book. So I started working on this a year ago because I’m mixed race. I’m Chinese and Polish, and I’ve done a lot of work in various communities of color and I wanted to explore my Asian identity specifically with other folks identifying as Asian. I think in the racial dialogue nationally and also in Minneapolis – just because we don’t have a specific concentration of Asian folks, in Minneapolis as there is in Saint Paul, like Frogtown – that conversation just doesn’t happen that much, and that we’re still in a time when antiquated stereotypes of Asian identity in the media and otherwise are used when our identities have evolved from the “kung-fu model minority math whiz types.” And so I just wanted to have conversations with people about how they feel about the narratives that exist currently and what it means for us moving forward.

EM: How does this fit in with the rest of the work you’ve done?

RS: I feel really grateful just for the project. Admittedly I think it’s just a natural progression of my work. I think there’s privilege in being mixed race, a mixed race person of color. I can navigate a lot of spaces and in doing so I’ve somewhat lost footing on my identity and I wanted to reconnect with folks that share my identity. And it’s not to say “I’m gonna stop doing work with other communities of color.” But I think it was really healthy for me just to have these conversations and build relationships and connect with folks and talk about things like masculinity for cis, het men in the Asian community. What does that mean for us and how do we navigate that, how do we kind of affirm ourselves as you know, masculine men, but in our own way?

So long story short, I just think it’s been really healthy for me to reclaim a sense of my identity, to talk with folks about how we are evolving from the old idea of what it means to be Asian American and then continue to use that in our work for really the liberation of all people. Because it’s not like an “us versus them” or playing an oppression Olympics, it’s understanding who we are, so when we do this work in the community, when we are building relationships with people, we are more sure of who we are, and where we stand and where we’re going. 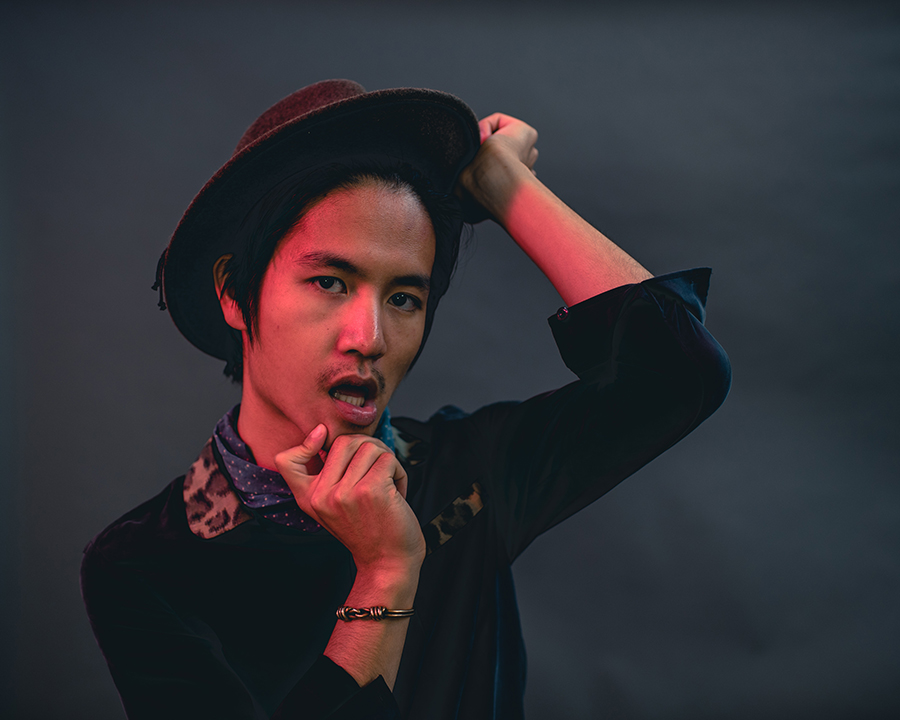 EM: How did you go about recording the identity of the family and friends you mentioned? What were you looking to show about them?

RS: Yeah, so the process was really reaching out to folks I already know. Like some of the earliest ones were [people like] Wing — who’s become a mentor for me — and telling him about the project and going into his gallery and having a conversation. And from there, having conversations with people. The process was just a lot of getting coffee and sitting down with folks. And I wasn’t like recording or writing, we were just talking, and what I discovered was that a lot of people said, “You know, I never have asked this. As an Asian American person I’ve never asked things like, what does your identity mean to you? What do you think of identity, of our identities and how they play out in the world, and what you feel and experience?” And oftentimes folks said they didn’t really align. I think [this] is one really interesting moment in creating new narratives right now.  The next step in the process was like, well let’s think of a whole style that fits your personality, let’s think of a location that speaks to that story. Let’s think of what specific components you actually want to touch on. And then it was asking them to write something. So the book is as much mine as it is theirs because everyone contributed a written piece in addition to photos. It’s about 82 pages of images and text. Everyone had a different approach, no two shots were very similar at all. For example with one woman, Julia Gay — she’s a dancer with Ananya Dance Theater — we went to Minnehaha Falls and she was dancing in the water. She said that water was important to her and her identity because as a Chinese adoptee, water separates her from her motherland and her birth mother, and she’s drawn to water wherever she goes. 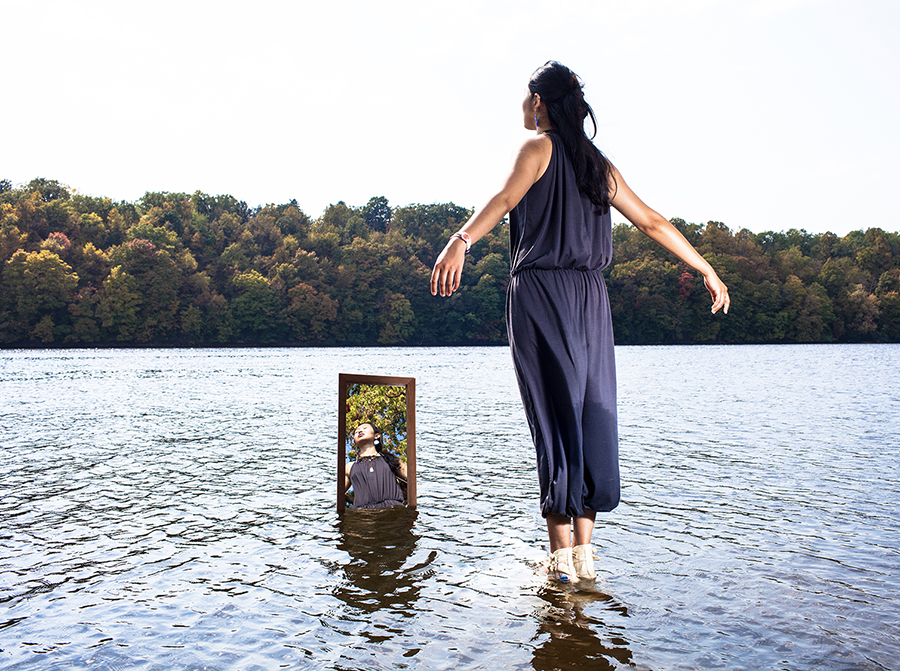 EM: Are all the images yours, or have you collaborated with anyone?

RS: As far as art direction and conceptualization and styling it was highly collaborative and that’s why I feel like… it’s funny, I didn’t want to make a big deal about this book and it was just like almost a gift to the community. I was going to have like 20 people at Wing’s and give them a copy and then I was like “oh, let’s just make it a little bigger.” So it’s usually collaborative, it’s as much mine as it is everyone’s.

EM: What do you hope that people can get from this book?

RS: So in this the hope was to make a book, give one to everyone in it and have them bring it home over the holidays as a coffee table book so that when their families get together they can look through it and hopefully have conversations and explore this idea a little deeper. But now that it seems to have gotten some positive reception, I actually applied for a grant to print more books and to attempt to get it published because I think that a broader distribution would be helpful and encourage more people to have these conversations. And I think beyond just within the Asian community, outside of the Asian community, because again this conversation is often erased within the binary of racial dialogue and so I would love to see a publisher find interest in it and want to share it more broadly.

The book release event for Accents is Thursday, December 6, from 6-9pm at The Third Place Gallery. For more information on the artist, visit his website. All images courtesy the artist.