“This was the vortex. I knew the art was going to thrive here.” Ta-coumba Aiken's art has brought him to many different parts of the world, but Lowertown St. Paul remains the place where he lives and works.

I walked over from my studio to Lowertown Lofts Artist Cooperative on a winter Sunday morning to interview Ta-coumba Aiken, internationally acclaimed painter, muralist, and public artist. A frigid wind had gathered in the back alley entrance to the building. I shivered my way through it, buzzed the number for Ta-coumba's studio, and headed inside.

I had been here before, many years ago with my father. Ta-coumba's studio was the first art studio in St. Paul that I had visited before I decided to move to Lowertown to begin my art career. I told him I was an artist, too. Maybe I sounded doubtful of myself, because I had not yet begun my career and wasn't certain if I should be calling myself an artist. That didn't stop him from believing me.

A few months later, I ran into him again at Black Dog Cafe and told him I had been accepted into a live/work studio space in the neighborhood. He looked me in the eye and said, “Now you really have to start calling yourself an artist,” and he smiled an encouraging grin as if to say, You've made it, kid. Welcome to the art community. Now be sure to work hard. He has an endearing way of challenging people to live up to their potential. 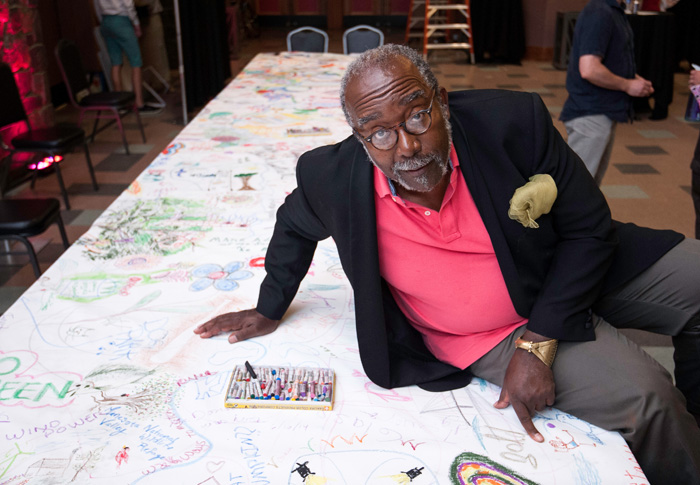 Now, twelve years later, I am heading to his studio again but this time as a fellow artist and neighbor, not a stranger. I arrive on the third floor and make my way down a long narrow hallway to the atrium toward Ta-coumba's home and studio. A bag of clementines hangs on the doorknob outside his door. They were left there by a neighbor. I see it as an omen of the ways that this community will always look out for one another.

There is a warmth to his studio, beyond just a harbor from the windchill outside. This is the place where he spends most of his time, and it has an embracing calm that is symbolic of his spirit. His art lives with him and around him. “Please excuse the mess,” he says, as he has been busy working. Pieces of discarded tape caked in paint and other remnants from a creative storm have fallen to the floor like leaves. As a painter myself, I do not view it as a 'mess' but rather a charming quality of a busy artist's life. Canvases rest along a stretch of white wall. The wall is graced with smears of paint. I smile to myself because in most households, coloring on the walls is grounds for punishment. Here in Lowertown, it is a sign of vitality. Here, we are as free as children. 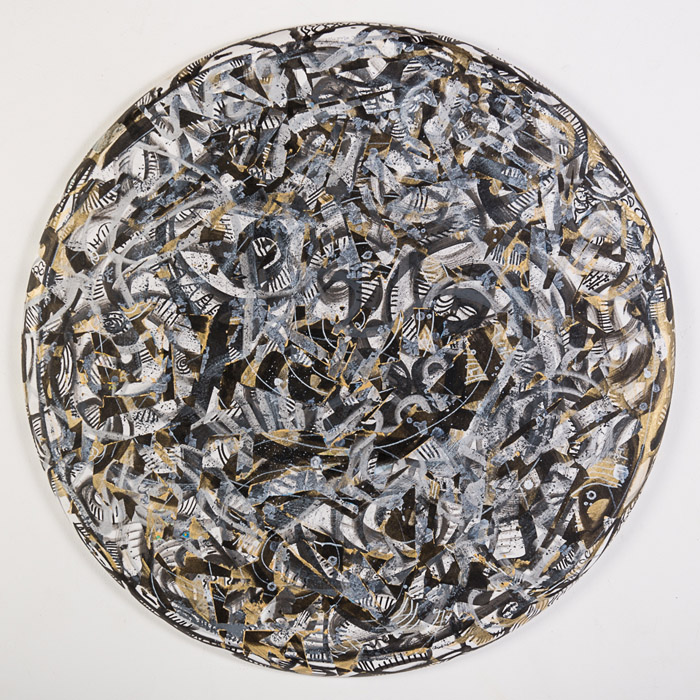 Ta-coumba offers me a clementine from the bag on his door once I sit down in the comfier of two chairs that he insists I sit in. Bella, a soft black cat, greets me with a purr and leaps into my lap. Ta-coumba sits back in the other chair and begins sharing stories.

He tells me about his childhood, growing up in Evanston, Illinois. “I was always known as Aiken's 'weird' son,” he says, in contrast to his brother. Ta-coumba wanted to be an artist from an early age, but his father wanted him to be practical and stable. “My mom wanted me to keep the door open, but my dad wanted me to be a lawyer.” Artists often get caught between their own dreams and what others want them to be. Ta-coumba persuaded his father so he could understand what his son was meant to do with his life. One day his son would grow into an artist, activist, storyteller, public speaker, and respected leader in the community. One day his son's art would be seen by hundreds of thousands of people and would be in major collections by the Walker Art Center and Maya Angelou. 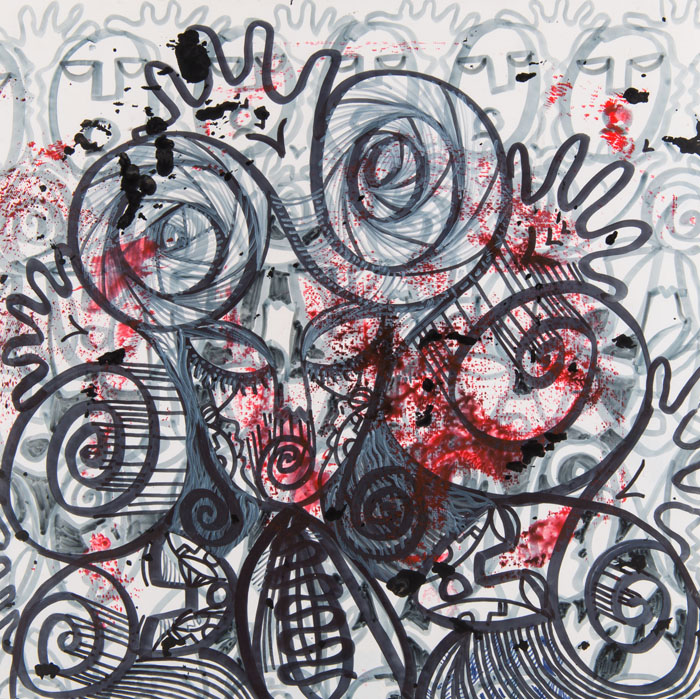 Ta-coumba is a captivating storyteller. I sit and listen, writing notes with my arm skewed so I do not disturb Bella, who still rests on my lap. Ta-coumba continues to tell me stories about his life in vivid detail, growing up during the Civil Rights Movement, and all the experiences that provided a backbone to his purpose as an artist. He learned about life by being a quiet observer, looking in from the outside with a wide-eyed innocence. “[There was] something that caused me to be on the outskirts so I could watch people, instead of being on the inside. Then when I was on the inside, I could offer something that no one else could.” He knew that he wanted to be involved in the community where his art would find its way into other people's lives. He began working on murals in the 1970s and has worked on over 300 murals and public art sculptures in collaboration with communities, schools, and organizations, addressing inequities in homelessness, health, education, race, and gender. He helps people identify their problems through art and visualize what they want to do or say. “I create my art to heal the hearts of people and their communities by evoking a positive spirit.”

Ta-coumba's work is inspired by rhythms of African art, a myriad of layers and intuitive marks melding together to form new imagery. His work is ever-evolving. “I paint quickly. I take the influence of that moment, or a new moment, and blend them together.” His art speaks to people in varied voices. Some people see pain and suffering and the evolution of the human spirit. Some see inner beauty and the power of spirit and ancestors. Some see life and energy, a riot of colors, and vibrant interactions. There are thousands of things to be seen. You can look at his paintings over and over and always find something new. 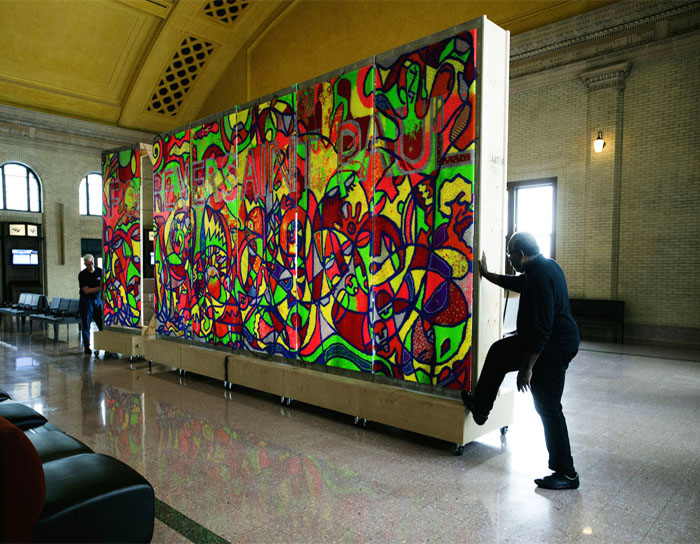 Around the mid 1980s, Ta-coumba and his wife began looking for a home to raise their family. They had been moving from house to house, escaping faults and infestations. “You'd walk in the kitchen and see a shadow on the floor move,” he says with a laugh. “We were a young couple, learning.” He relayed a vision to his wife of what it could be like to make a home for their family out of a barren space, rather than buy one that was already made by somebody else. They moved into an old shoe factory that became the Lowertown Lofts Artist Cooperative. He is one of the founding members of the cooperative who lead the way for live/work spaces in Lowertown. It was as though he had a premonition about the neighborhood. “This was the vortex. I knew the art was going to thrive here.”

He tells me about the current project that he is working on. It is the large-scale painting that stands across from him at the easel, adjacent to the window. He looks directly at it as he speaks about it, squinting through one eye, expressing that his eyes hurt from working on it so hard. The painting subtly reads “Minnesota State Fair” at the top. He has been chosen as this year's featured artist to create the Commemorative Poster for the 2017 Minnesota State Fair. He describes his process to me as based on his experience of the State Fair, that there's a chaos but also a togetherness that he uniquely captures in the painting; layers of memories and echoes of laughter.

Amidst a multitude of success and a career of diverse projects, he remains humble and true to his artistic mission. He is a leader and a mentor because of an open heart and an outstretched hand.

When you look up to someone from a distance, their accomplishments and stature make them seem untouchable to you, because you are just a young artist at the foot of the hill. They seem so far from where you are, and it feels like you are chasing something that may disappear from view. But when they reach out a hand to you and smile, suddenly you feel welcomed alongside their path, and it enables you to see your dreams as an attainable goal. I think that is who Ta-coumba Aiken is to other artists in this community. He instills promise in people. He simply wants to reach people and inspire them to do great things with their life. 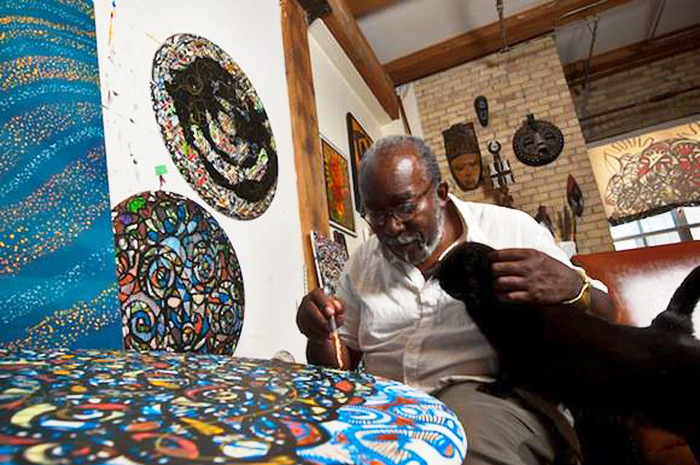 The artist (and assistant) at work

All images are courtesy of the artist.