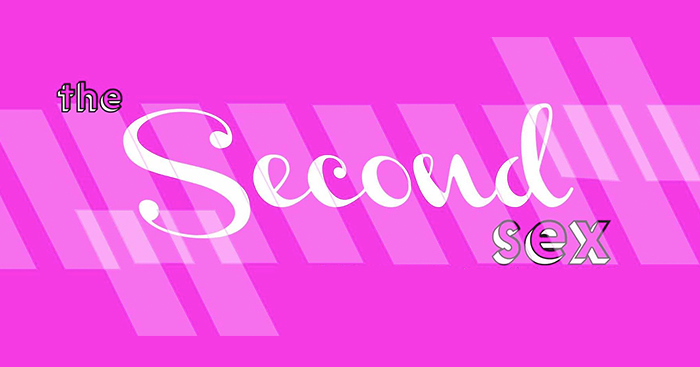 The first invitational of Gamut Gallery's 2016 programming, The Second Sex is a group exhibition curated by Genie Castro, Juleana Enright, and Jade Patrick which explores the imbalance imposed by the secondary designation that patriarchy places on women. Through paintings, photography, printmaking, video, performance and sculpture, artists will examine the injustices brought on by patriarchy and visualize how to manifest balance in society.

For The Second Sex, the curators sought pieces which had active synergy and were representative of the diversity amongst the ever-evolving feminist movement. With intersectionality in mind, the exhibition seeks to unite the social identities of an oppressed gender and act as a safe place to explore individual struggles and demand attention. Made up solely of women artists from different walks of life, a variety ages, sexual orientations and mediums, The Second Sex creates respect and equality for a gender historically overlooked and underrepresented in the art world. In addition to bringing visibility to local and locally-bred female artists, the exhibit makes a statement and seeks a continual discussion on how to balance the distribution of art produced by artists whose gender and sexual designations have rendered them “lesser” by patriarchal standards.

Judy Chicago’s, “Birth Tear/Tear” serigraph circa 1985 was chosen as a cornerstone of the show. A pioneer of the Feminist Artist Movement, Chicago addresses the power and importance of the women who participated in earlier feminist movements and who have sought change and fought for recognition. Her career, which spans over five decades, endeavors to “reflect on women’s lives, call attention to their roles as artists and alter the conditions under which contemporary art was produced and received.” A co-founder of CalArts Feminist Art Program, Chicago has articulated her vision through, not just her art, but her work as an educator and organizer. Her vision of change was an inspiration for The Second Sex initial concept.

Though separate artists, Heidi Sime and Amy Sands share a similar mindset by visually exploring the conventional feminine roles at the dinner table. Sime’s “Dinner Party” is a two-dimensional, patinaed steel-cut table in metallic blue. While employing a medium traditionally thought of as masculine, Sime reclaims it as a tool to define her interpretation of the feminine mystique. Sands’ “Gathering at the Dinner Table” is a mixed media piece highlighting the artist’s mastery of printmaking and drawing. Using the lace tablecloth as symbolism, Sands’ work provides the perfect delicate juxtaposition to Sime’s andric piece.

Photographer Shanna Allyn’s work examines women’s personas through portraits that are awkwardly edgy and surreally provocative, while Carla Alexandra Rodriguez explores analog photography with black and white portraits. Intimate and emotional, Rodriguez expels a peaceful drama such as the one displayed in her piece, “A Metaphor,” which embodies the curator’s emphasis on manifesting balance with a feminine form embracing darkness.

As part of the Guerrilla Girls Twin Cities Takeover, this exhibit exists to challenge the negative designations patriarchy has placed on women with emphasis on the female artist. Through their artwork and through the show’s curative process, The Second Sex sets out to refine the contemporary Feminist Art Movement, its goals and the role art can have in restoring the equality.

Find out what's up every week.