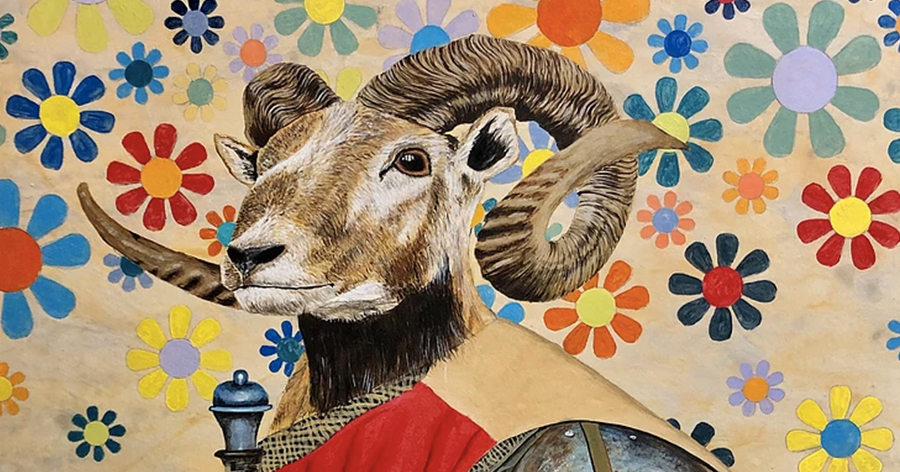 The Last Portrait Show, the current painting exhibition by artist Daniel Buettner,  denotes what he would like to be the end of a multiple-exhibitions-long mental residency painting animals. It’s time to move on. Witness his final blowout of jocular portraits of prepossessing animals.
Daniel Buettner Art

Robert Roscoe’s photo exhibition, Random Places, is inspired by everyday objects in the built environment and his work in architecture and historic preservation. He discovers various aesthetic presences in surfaces transformed by effects of time and weather, as well as human intentions and indifference.

Melissa Borman's exhibit, Visible Systems, in the spotlight gallery, is a constellation of color photographs. Varying in size, each image depicts flora against backgrounds of blue sky and white clouds. Showing tiny plants from the surface of the earth, the work addresses the figurative and literal role of surface as a barrier to both vision and knowledge. The variation of image size further distorts perception of scale and proportion. Borman made the photographs by setting the shutter timer and placing the camera on the ground: allowing the camera to become an extension of her own vision and a tool for gaining access to what was previously unseeable.
Melissa Borman